THE UNITED KINGDOM - Fresh produce staple, the banana, has once again been the victim of nefarious activity in the U.K. as officials foiled a drug smuggling attempt last week. Nearly a tonne of cocaine was found hidden amongst the yellow fruit, with a street value of around £76 million (103.9 million USD). 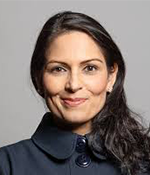 “This was drug smuggling on an industrial scale, so I’m delighted that Border Force officers have prevented such a large quantity of dangerous goods from reaching our streets,” Home Secretary Priti Patel said. “Drugs devastate communities, line the pockets of serious criminals, and are a serious driver of the violence which ruin young lives right across the country. We are sending a strong signal to criminals in the UK and abroad seeking to smuggle drugs into or through the UK: your efforts will fail, and we will use every part of our law enforcement powers to stop drugs from coming into the UK.”

According to Sky News, Border Force officers found the Class A drugs weighing a total of 946k (around 2,085 lbs) within a shipping container at the Port of Southampton. The container was loaded on a commercial vessel docked at the port bound for Antwerp in Belgium and was suspected to have been placed inside the banana boxes in Colombia. 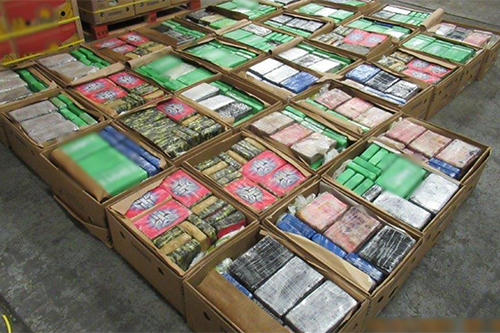 “This significant seizure has removed a large amount of dangerous drugs from the streets, which not only reduces the significant harm they cause to communities, but also makes a huge dent in the profits of smugglers,” Tim Kingsberry, a Regional Director for Border Force, commented.

We thank officials around the world for keeping our communities safe. For more fresh produce news, keep checking back as AndNowUKnow reports on the latest.