The drought-friendly product only takes three hours to produce, CSS says. Farmers can use H2H in their fields to restore organic matter to the soil and grow the next crop, while consumers can reap the benefits of a sustainably grown section at their local produce department. 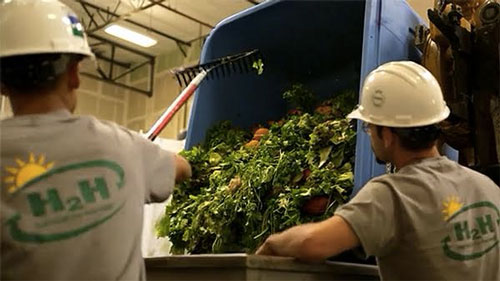 Now, in a partnership with Save Mart Supermarkets, CSS is moving from pilot to full-scale commercialization by announcing a long-term lease at McClellan Business Park. There the company says it will construct a new facility designed to recycle up to 32,000 tons of organics per year, with Save Mart providing the food products.

“We began composting in the 1990s, but the CSS technology is ‘Compost 2.0,’ converting our organic residuals into a valuable liquid fertilizer so that our local farm partners can grow their next crop for us to bring to market,” said Steve Gaines, Director of Retail Services for Save Mart. “Save Mart is proud to play a key role in making that happen.” 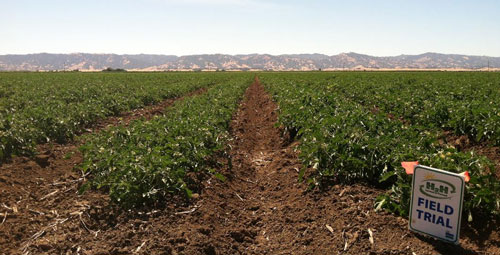 CSS plans to open the 80,000-square-foot facility in Spring of 2016, and expects it to generate 38 “green collar” jobs while producing enough H2H for 128,000 acres of sustainable local California agriculture.

Other stats for the facility, according to a press release, include:

“Not only is Sacramento the ‘Farm to Fork’ capital, but with CSS’s new technology, we’re now the ‘Fork to Farm’ capital,” Larry Kelley, President of McClellan Park, commented. “We’re committed to playing a constructive role in the sustainable development of our community. This agreement is a further affirmation of McClellan’s attraction as a premier regional business park.”

CSS Founder Dan Morash also commented on the new H2H plan, commending his company’s partnerships with both Save Mart and McClellan Park.

“Save Mart is a leader in resource management and recycling in the retail industry—and was among the first to compost its unsalable food waste,” Morash added. “For their part, McClellan Park has done an exemplary job recycling a Cold War-era U.S. Air force base into a thriving business community. They are a perfect fit to host our new Facility.”

CSS was represented in the McClellan transaction by Tom Tyer, SIOR, and Bing Hickman of Colliers, who represented CSS in the transaction also commented on the plan. Tom himself observed, “This was certainly one of the more interesting deals I’ve had the privilege of working on. The science and processing aspects coupled with the brick and mortar requirements, made the CSS assignment one for which Colliers is ideally suited.”

AndNowUKnow, for one, is excited to see how this partnership pans out. Stay tuned for more!

California Safe Soil will build a sustainable business through its cutting-edge technology to make the highest and best...