PLEASANTON, CA - The Fresh Produce and Floral Council hosted a membership luncheon at the Castlewood Country Club yesterday, providing an opportunity for industry members and growers to mingle, sample, and share in some of what’s in store for 2015. Key sponsors and speakers included California Avocado Commission, Earthbound Farm, Naturipe, Mastronardi Produce, and the Oppenheimer Group.

The event’s guest speaker Scott Farrell, President of Global Corporate Communications at GolinHarris, introduced new ideas and strategies for businesses in the food industry to combat the panic being incensed by the Food Activist Movement, which employs a shock and fear approach to call attention to the corporate flaws of food and produce. 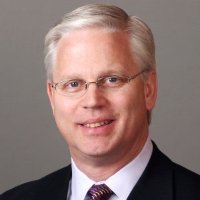 In a segment entitled Food [React]ivism, Farrell suggested tips such as welcoming an emotional approach when delivering facts to the public, more transparency and willingness to share with consumers in the media, and meeting with activists in an attempt to find common ground.

Several tables offered samples of new products and refreshments before the main event began in the welcoming atmosphere of the Castlewood dining room. A raffle including gift card, rewards, and a football signed by Joe Montana, were awarded by each of the speakers.

Connie Stukenberg, Retail Marketing Director for the California Avocado Commission, emphasized the success of the first avocado commercial to appear during the Super Bowl which is helping the company significantly in reaching its projected 327 million pounds of projected sales. Showing the video available below, Stukenberg also highlighted studies showing over 60 percent of consumers would change labels if it meant access to locally-grown produce.

Kyla Oberman, Marketing Manager for Naturipe, spoke about the company's ready-to-eat fresh fruit snacks. As well as speaking, she was available with Marketing Coordinator Jesse Curtis to provide samples of the travel-ready fresh produce.

Garland Perkins, Business Development for Oppy, spoke of a new state-of-the-art SunSelect greenhouse being built in California. TOVs, red bell peppers, and cocktail and specialty tomatoes will be grown in the new greenhouse. Oppy saw a 139 percent increase in volume last year with major growth in Zespri SunGold Kiwifruit and are now focusing on late season Lepe and Aguas Blancas Chilean grapes.