EAGLE, ID - If you’re a sports fan, you know that nothing boosts team morale like a good mascot (take it from someone who once played on a team called the Rocklin Thunder, but the mascot was a lightning bolt? Doesn’t make any sense!) Anyways, no mascots shine quite as brightly as those for college football bowls, and in celebration of that fact, SBNation shared its ranking of the top mascots in the scene. Number one? None other than the produce industry’s own Idaho Potato Commission (IPC) Spuddy Buddy! 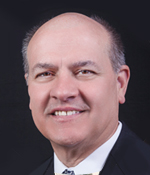 “Spuddy Buddy has won the hearts of millions of folks around the world. People of all ages just can’t help but smile when they see him,” said Frank Muir, the IPC’s President and CEO about the ranking achievement. “Two years ago, ESPN named Spuddy Buddy their favorite mascot. I think this is just the beginning of a very long list of accolades for Spuddy Buddy.”

Spuddy Buddy beat out some tough competition to grab the top spot, slaying other foodie foes such as the Outback Bowl’s Bloomin’ Onion and Coconut Shrimp, the Peach Bowl’s Chick-fil-A cows, and the Orange Bowl’s Obie the Orange. “How could he not be No. 1?,” SBNation wrote about the anthropomorphic tuber. 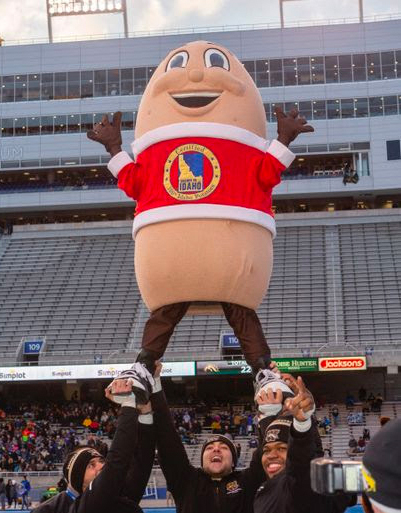 Of course, now you’re dying to know more about the IPC’s famous mascot, so here are a few fun facts, according to the commission's press release:

This, perhaps, was my favorite part of the IPC’s press release on Spuddy Buddy’s win though: “And, in case you were wondering, Spuddy Buddy can’t talk. He doesn’t need to…his smile says it all.”

Have you fallen in love with Spuddy Buddy like I have? Follow the IPC on social media, and don’t miss the hashtags #adventuresofSpuddyBuddy and #spuddybuddy. Long live Spuddy Buddy!

The Idaho Potato Commission is a state agency with many responsibilities, including the promotion of Idaho Potatoes. The...