LOS ANGELES, CA - I planted a pomegranate tree in my backyard this year in an attempt to satiate my love of the pretty red fruit, but the powers that be know that one tree will not be enough for me. My love for the nutritious value in arils is something I like to share with everyone I know. Thankfully, POM Wonderful is helping me to spread the love by launching a new integrated marketing campaign to encourage consumers stress less by making healthier decisions. POM Wonderful’s marketing campaign is called The Worry Monsters and stars larger-than-life inner voices who attempt to make us anxious about our daily choices.

The company is flipping the script on The Worry Monsters with its multimillion-dollar multi-year marketing campaign, as POM Wonderful showcases the voices of anxiety becoming anxious when the humans in which they live begin to make healthy choices and live with confidence that they are making better dietary and lifestyle choices. 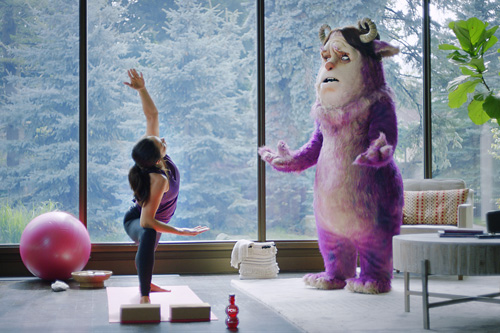 Those choices they begin to make include working out and drinking healthy POM Wonderful 100% Pomegranate Juice.

“A health scare can come with stress and constant worrying that begins to feel like you have a companion following you at all times, like your very own Worry Monster,” said VP of Marketing Adam Cooper. “Consumers are increasingly looking for healthier options, and incorporating the Antioxidant Superpower POM Wonderful into your daily routine is a powerful step toward making healthier choices and getting rid of your Worry Monster.”

There will be five new commercials that showcase annoyed and underemployed Worry Monsters in hilarious scenarios, where they attempt to make humans fret about their decisions. They become unsettled and frustrated, however, when the humans begin to live healthier lifestyles that cause them to worry less. According to a press release, taunts from the Worry Monsters are no match for the runner who had a health scare who jogs and drinks POM, the woman who just turned 50 and can still twist herself into any yoga pose, or the man who now sleeps like someone without a care in the world. This campaign was created by The Wonderful Company’s in-house creative team, Wonderful Agency, which is led by Chief Creative Officer Darren Moran. The Worry Monsters campaign will run ads in broadcast, digital, social, print, in-store, and as a Times Square Billboard. 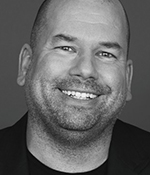 “You don’t often see a marketing campaign featuring someone trying to get you to not use the product,” explains Moran. “But are we worried? Hell no! Because this anti-spokesperson approach allowed us to be disarming, and funny, in ways that haven’t been done before. It’s not a campaign of matching luggage; we let the Worry Monsters use every medium to their best advantage. And that’s what we think will get people talking.”

On the New York Times Square digital billboard, the company’s advertisement shows the Worry Monsters pointing out all the amusingly terrifying things they worry about as they wander around the tourist destination. The social media campaign will begin with unveiling a series of what the company is calling “Worrivational Posters,” unsettling proverbs, and bad advice that the Worry Monsters plant in our minds.

In addition to these efforts, the company’s campaign is debuting a one-minute YouTube pre-roll video that shows a Worry Monster interacting real-time with the viewer by breaking the fourth wall and pointing out all the things they “should” be worrying about at the time of viewing. A POM bottle that is next to the “Skip Ad” button makes the connection for viewers to skip the worry and drink POM.

Aaron Sims Creative, a renowned Hollywood character design firm, and monster fabricator Stefaniuk FX Studio have teamed up with POM Wonderful and The Wonderful Agency to create The Worry Monsters. Academy Award-winning studio MPC have also had a hand in additional visual effects for the campaign. Check out the new ad campaign here.