SELAH, WA - Rainier Fruit is the Boston Marathon’s "Official Apple" three years running! (See what we did there?) Providing over 100,000 apples to this year’s historically challenging marathon—cold temps, heavy rains, and windy conditions made the run even more difficult than usual—Rainier Fruit was happy to provide nourishment for runners, guests, and fans alike.

"There’s nothing quite like the Boston Marathon," remarked Andy Tudor, VP of Business Development, in a press release. "Even in an epic downpour, the city still comes alive with energy surrounding the marathon. People gear up and come out to support the runners—spending hours outside to cheer for strangers. It’s a really wonderful demonstration of community, and we’re happy to play a part in it."

Rainier Fruit set up tents at the finish line in downtown Boston and the Newton Fire Station past mile seventeen. At these tents, the Rainier’s team distributed apples, as well as t-shirts and towels emblazoned with Rainier’s "Wholesome to the Core" message. 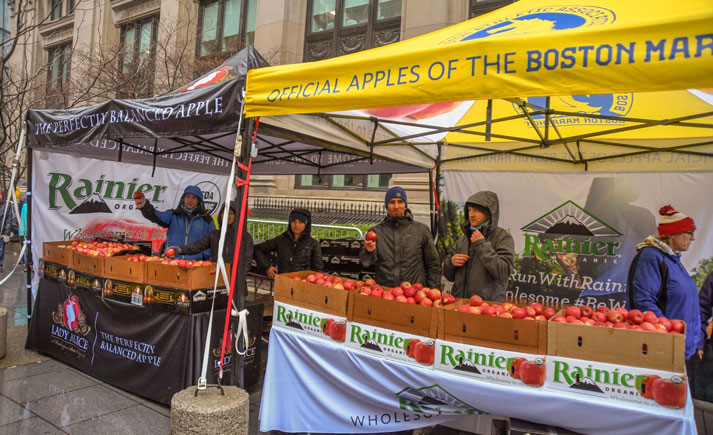 "Finding the strength to push through this year’s challenging weather is not only impressive; it’s what we mean when we say "Wholesome to the Core,'" Tudor explained. "At Rainier Fruit we want to support people as they cultivate the best in themselves, pushing harder and overcoming obstacles. It’s pretty amazing what the human spirit can accomplish, and farming has given us great appreciation for the often herculean tasks of forging ahead when Mother Nature is unkind."

Over the past several years, Rainier Fruit has practiced what they preach in regards to its "Wholesome to the Core" message. By promoting community engagement, the company noted that they support events that encourage healthy, active lifestyles. Rainier stated that its work with marathons across the country, as well as Wanderlust yoga events, has transformed the company into an active lifestyle brand. 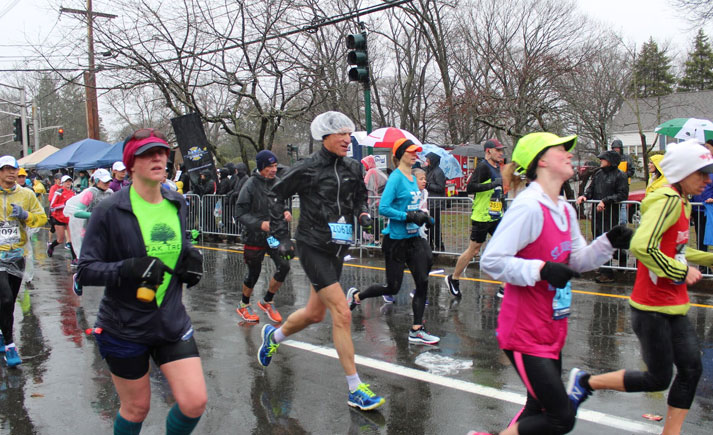 Continuing in the tradition of "Wholesome to the Core," Rainier Fruit partnered with Whole Foods Boston to support One Boston Day, in which the company helped raise over $4,000 for the Last Call Foundation of Boston. In addition to the Whole Foods partnership, Rainier partnered with the Newton Firefighters Children’s Fund.

Not only was Rainier’s apple the official apple of the Boston Marathon, the company headed a team of 6 runners—not including its partnership with Newton Fire Department, which gave the company another 10 runners. Rainier is proud to say that all team members finished the race!

Congratulations to Rainier! And for more industry news, keep with us at AndNowUKnow.