COACHELLA, CA - Richard Bagdasarian, Inc., worldwide marketer of fresh fruits and vegetables grown exclusively in California’s Coachella Valley, is off to the races for its 2018 season, giving retailers a taste of several new table grape varieties, as well as strong yields in green and red peppers and eggplant.

Richard Bagdasarian’s Coachella grape and veg seasons both kicked the first week of May, Vice President of Marketing Franz De Klotz tells me when I check in with him to see what new developments are on the horizon for the company.

“We’re very excited for our grape season this year, as we are introducing several new varieties. Bagdasarian will now be offering retailers Midnight Beauty, Sable, Autumn Crisp, Sweet Sapphire, and Jack’s Salute for the first time,” Franz says. “We had a late start this year due to some unusually cool temperatures, but we’re expecting our Coachella Valley grape harvest that will go through the week of July 16th.”

In addition to the grapes the company is so proudly offering, the company also sells green and red peppers, as well as eggplant through its vegetable marketing company, Pasha Marketing LLC. 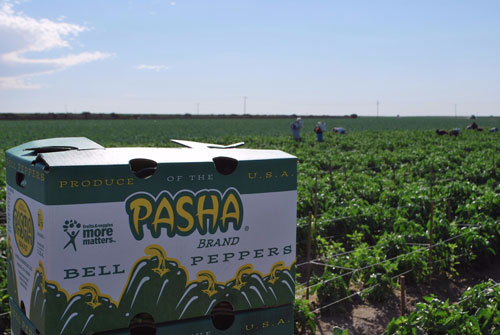 Franz tells me that this season’s vegetable crop is going strong with optimum yields and quality, and due to some reduced output in Mexico and the Southeastern United States, the Coachella Valley has seen a boost in favorable market conditions for the categories.

“The vegetable market in Coachella has been strong since we got started on May 1st. Adverse weather conditions in Sinaloa, as well as Georgia and Florida, have presented us with a great opportunity to sell to customers all over the United States.” 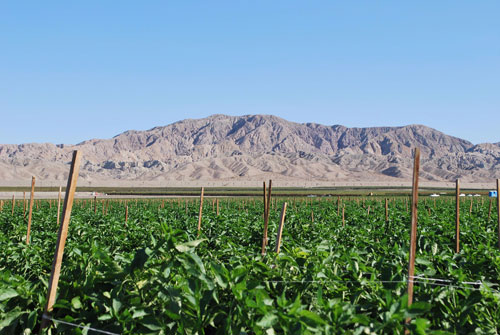 In addition to a kick off of excellent season’s in both grapes and veg, May also gave Richard Bagdasarian the opportunity to invite a group of retailers to the Coachella Valley to see the company’s unique operations.

“As part of this year’s West Coast Produce Expo, we offered a farm tour to retailers during which we showed our guests the Coachella branch of the All American Canal. The All American Canal is the delivery system for water from the Colorado River that we use to irrigate all of our crops in the Coachella Valley,” Franz says. “Afterwards, we looked at one of our vineyards and shared all of the different practices we employ to bring our crops to harvest. It was well-received by all in attendance.”

One of those practices Richard Bagdasarian uses to ensure an excellent harvest is packing and cooling immediately after harvest, Franz explains. 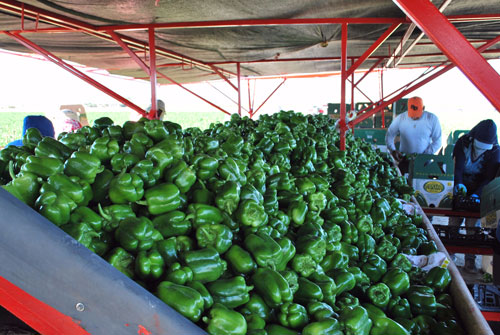 “All of our property is within a five mile radius of our packing house. As temperatures increase in the valley this becomes crucial as we are able to get the product picked, packed, and cooled very quickly,” he notes. "This results in a longer shelf-life for both our customers and end-users.”

With grape harvest slated to last into mid July and vegetable harvest still going strong, there’s plenty of time to get your hands on high-quality product from Richard Bagdasarian and Pasha Marketing. For more on the Coachella season as it progresses, keep your eyes on AndNowUKnow.

Richard Bagdasarian, Inc. was incorporated in 1952 and is located in the heart of the Coachella Valley’s agricultural...