YAKIMA, WA - The Sage Fruit Company has announced that the awaited Sonya Apple has arrived from New Zealand, and both flavor and taste are looking great.

“We are very excited about this apple and its future,” Chuck Sinks, President of Sales and Marketing for Sage Fruit mentioned in a press release. “We have made long-term commitments to grow more acreage after the retail results we have been getting across the country. Consumers are saying this is the best tasting apple they have tried in a long time. This season’s crop out of New Zealand is being touted as one of the finest in terms of quality that we have seen.” 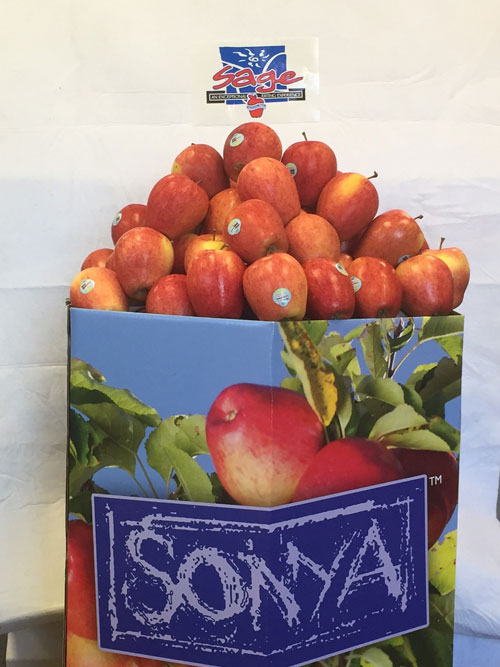 With Sage Fruit’s marketing agreement with Freshco from New Zealand, the duo is now offering this apple to the USA on a year-round basis now. The Sonya apple is a cross between a red delicious and a gala apple, with great crunch and a very sweet flavor. According to Sage, not only does this apple eat well, it also has great storage ability from a growing standpoint. 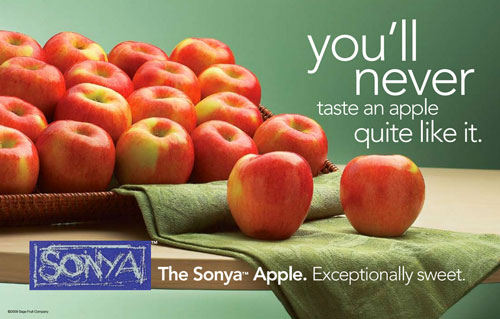 Sage believes that excitement is the best word to describe how consumers react to taste tests for the Sonya Apple, and because of this, several retailers have signed up to ask for exclusive rights to this apple in their marketplace.  While the company has yet to offer exclusivity to any market, it says Sinks is considering Sage’s options.