MINNEAPOLIS, MN - Stemilt Growers is no stranger to milestones and taking historic leaps and bounds as it strives for excellence in the apple category. With that in mind, it is no surprise that the company took its Rave® brand apples back to its roots to help commemorate a celebration that truly aligns with Stemilt’s own playbook. Goldy Gopher, the mascot of the University of Minnesota, and Stemilt Growers’ Rave brand apples joined the University of Minnesota-Twin Cities on Friday, September 20, as the college held its Presidential Inauguration for Joan T.A. Gabel. 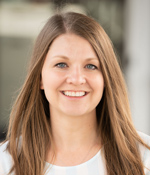 “It was an honor for our signature apple, Rave, to be part of this historic celebration in Minnesota,” said Brianna Shales, Senior Marketing Manager at Stemilt. “President Gabel wanted a casual event and healthy foods to be served at her inauguration. We were thrilled to be invited to share the University’s newest hit apple, Rave, with attendees.”

President Gabel is the first female president and 17th overall in the University’s 168-year history. 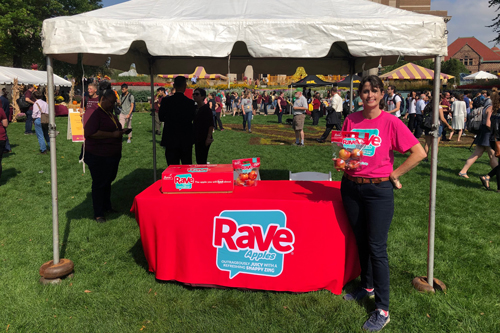 So, what are Rave’s ties to the Midwest college? The MN55 cultivar apples are a Honeycrisp-MonArk cross that researcher David Bedford developed through natural cross-pollination methods at the University’s apple breeding program in 1997, according to a press release. Currently, Stemilt has the right to grow and exclusively market Rave in North America as of 2014, and introduced the popular apple to the marketplace in 2017.

“If any college community knows its apples, it’s those who attend the University of Minnesota,” said Shales. “Its famed apple breeding program includes both Honeycrisp and SweeTango® as success stories. Rave certainly had big names to live up to, but we were blown away by the familiarity and sheer excitement people had for our outrageously juicy new apple.” 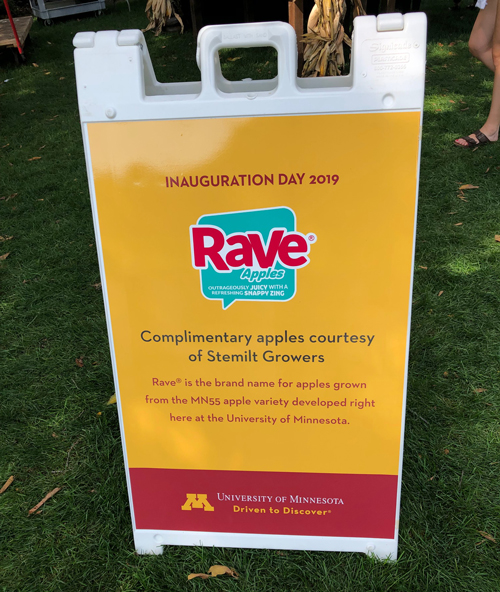 In true form, Stemilt donated 4,000 Rave apples to be handed out at the foodservice line during the post-inauguration celebration at Northrop Mall. In addition, the company also had a Rave branded table and tent near the fruit display, where Stemilt’s team shared the story of Rave apples and gave out reusable cotton tote bags with I Raved Today stickers to visitors.

Stemilt is winding down on its third Rave apple season, which traditionally kicks off in late July in Washington State. The early harvest timing gives North American retailers a unique jumpstart to the apple season. 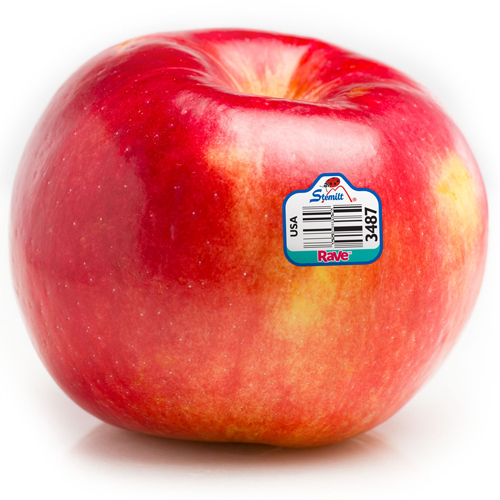 “It was a big year for Rave apples with our largest crop yet and so much excitement at retail,” said Shales. “We took it on the road for the #RaveRoadTrip in late August and will wrap the season with this historic inauguration event. Most importantly, we were able to give more consumers their first taste of Rave and something to rave about as we all eagerly await next year’s crop.”

Hip hip hooray, for the historic inauguration and to Stemilt for always bringing marketing prowess together with a great cause.