BOISE, ID – Albertsons Companies is looking to boost the prowess of its merchandising and marketing, as the company and its banners look to solidify its place amongst consumers. The company has tapped two retail veterans to up the executive charge for its Marketing & Merchandising team and retain Albertsons’ momentum; Dennis Clark and Pat Brown. 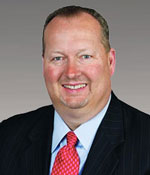 “The most powerful asset we have is our incredible team of talented people who day in and day out do what is needed to run great stores and take care of our customers,” said Shane Sampson, Chief Marketing & Merchandising Officer. “Together, Dennis and Pat bring decades of proven experience to their roles that will only strengthen our service to vendors and stores alike as we continue our work to be the Favorite Local Supermarket™.”

Dennis Clark has been promoted to Senior Vice President of Merchandising, from his most recent position as Group Vice President of Marketing & Merchandising. According to a press release, Dennis started his career with Safeway in Utah before joining Albertsons Inc. in 1988. Working his way up through the company, Dennis has held served as VP of Marketing and Merchandising for ACME under both SuperValu and New Albertson’s Inc’s ownership. In 2015, he was named to the company’s integration team to help develop the go-forward company’s operating strategy following the merger close.

Meanwhile, Pat Brown has been named as Group Vice President of Merchandising, leading Deli & Prepared Foods and Business Initiatives. Pat recently joined the company in 2017 as Vice President of Merchandising Strategic Initiatives. Before joining Albertsons, Pat served as CEO for over two years at Natural Markets Food Group. His retail career has also contained roles as COO of New Season Market, and Director of Retail Operations for H-E-B where he was instrumental in developing its Central Market format.

Albertsons stated that these appointments will build on the accomplishments that the company has secured over the last several years. These promotions are just the latest in Albertsons strategic executive appointments, as the company recently named Mike Withers as EVP of its Retail Operations.

Congratulations to Dennis and Pat! For the latest in executive appointments, keep clicking on AndNowUKnow.