Amazon Increases Minimum Wage to $15 for All U.S. Employees

SEATTLE, WA - With seasonal hiring plans about to unfold, ecommerce titan Amazon has announced plans to up pay for all U.S. workers. The company is increasing its minimum wage to $15 effective November 1. The $15 minimum wage increase will include full-time, part-time, temporary, and seasonal employees and is expected to benefit more than 250,000 Amazon employees, as well as over 100,000 seasonal employees who will be hired at Amazon sites across the country this holiday.

“We listened to our critics, thought hard about what we wanted to do, and decided we want to lead,” said Jeff Bezos, Founder and CEO, in a press release. “We’re excited about this change and encourage our competitors and other large employers to join us.”

The most vocal of those critics may have been Vermont Senator Bernie Sanders who, according to a CNBC report, introduced legislation last month to tax corporations to compensate for tax burden related to low-wage employment; Sanders, at that time, called the bill the “Bezos Act.” 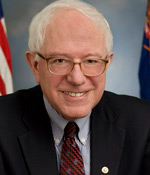 “Today I want to give credit where credit is due,” Sanders said, in response to Amazon's announcement. “What Mr. Bezos has done today is not only enormously important for Amazon's hundreds of thousands of employees, it could well be, and I think it will be, a shot heard around the world.”

The company also noted that its public policy team is beginning to advocate for an increase in the federal minimum wage. 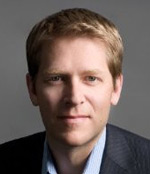 “We will be working to gain Congressional support for an increase in the federal minimum wage. The current rate of $7.25 was set nearly a decade ago,” said Jay Carney, Senior Vice President of Amazon Global Corporate Affairs. “We intend to advocate for a minimum wage increase that will have a profound impact on the lives of tens of millions of people and families across this country.”

Additionally, the company noted, Amazon employees will continue to receive benefits including: