SEATTLE, WA - Investigations into Amazon’s plans for unmanned delivery drones have taken a turn toward science fiction territory recently—most recently with an innovative new plan that calls for what commentators are describing as “motherships” or “mega-drones.”

Since announcing its intent to transport cargo via unmanned aircraft, Amazon has been on the forefront of the potentially-revolutionary technology. Last month, journalists unearthed plans to create and fly large, unmanned support airships—flying warehouses from which drones could be deployed to deliver packages and potentially even passengers.

In January, though, investigators uncovered an even more ambitious patent. The filing, made on February 19, 2015 and granted a patent December 29, 2016, describes “collective unmanned aerial vehicle configurations," according to tech news source Live Science. 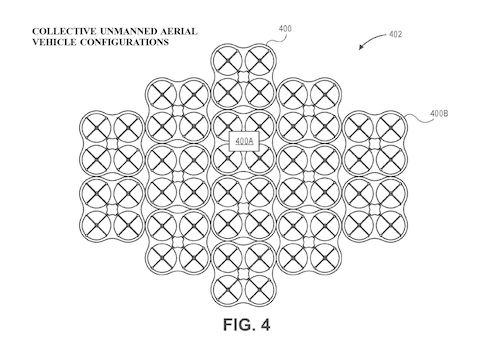 The collective vehicle, “mothership,” or “mega-drone,” as the news source alternately describes it, would be a phalanx of drones joined together to share resources and operate more efficiently. Drones could be joined in a scalable fashion, sharing navigational capabilities and power while transporting larger loads or traveling long distances.

The mega-drones’ scalability would allow for Amazon’s unmanned craft to carry “virtually any size, weight, or quantity of items,” according to the patent. And while the average quadcopter drone can typically fly for only thirty minutes and transport up to ten pounds, imagine what an array of two-dozen drones could accomplish in conjunction with each other—especially if the mega-drone model allows for more-efficient power sharing?

No plans for the immediate implementation of the program are currently in the works, but the principle is intriguing. Could drones, coupling and uncoupling midair to form various sized vehicles, be the future of logistics? Only time will tell.

For more updates in Amazon’s forward-thinking drone delivery plans, check back with AndNowUKnow.