FRESNO, CA - Part of this industry’s strength lies in its ability to forge connections. California’s table grape growers build tendrils of connection to both retailers and consumers daily, and California Table Grape Commission is making it possible for the produce world to reward them for their efforts.

Most recently, the commission has awarded nine students with scholarships, all of whom will be attending California universities or community colleges. Six field worker scholarships were awarded: three for $25,000 for four years of university study, and three for $14,500 for study at a combination of community college and university. Three agricultural scholarships were awarded as well: each for $25,000 for four years of university study in an agriculturally related field.

According to a press release, here is a list of the students and their current accomplishments:

Jared Bautista is a graduate of South High School in Bakersfield. He graduated with a 4.5 weighted grade point average (GPA) and his SAT score of 1,300 placed him in the 91st percentile nationally. Bautista was a member of the school cross country and track teams. He will attend University of California, Berkeley, in the fall, where he will major in civil engineering with a goal of becoming a civil engineer.

Nerin Delgado is a graduate of McFarland High School in McFarland. Delgado graduated with 4.4 weighted GPA, and her SAT score of 1,350 placed her in the 94th percentile nationally. She will attend University of California, Los Angeles, where she will major in human biology with a career goal of becoming a radiologist.

Georgina Rodriguez Mendez is a graduate of Robert F. Kennedy High School in Delano. Mendez graduated with a 4.53 weighted GPA, and her ACT score of 31 placed her in the 95th percentile nationally. Mendez was the Senior Class Vice President and a Co-Captain of the girls’ varsity soccer team. She will attend University of California, Los Angeles, where she will major in mathematics with a career goal of becoming a math teacher.

Glarisa Perales is a graduate of Cesar E. Chavez High School in Delano. She graduated with a 3.51 weighted GPA, and participated in the national organization “Family, Career, and Community Leaders of America.” Perales will attend Bakersfield College and will pursue a career as an elementary school teacher.

Diana Robledo is a graduate of Bakersfield High School. She graduated with a weighted GPA of 3.83. Robledo was the Vice President of the Advancement Via Individual Determination club, a three year member of Future Farmers of America (FFA), and volunteers at the Bakersfield Homeless Shelter, preparing and serving meals. She will attend Bakersfield College and has a career goal of becoming a veterinarian.

Rebecca Santoyo is a graduate of Porterville High School. Santoyo graduated with a 4.11 weighted GPA. She is a member of the school concert choir and volunteers many hours in the community for various groups. She will attend Porterville College and has a career goal of becoming a pediatrician or pediatric nurse. 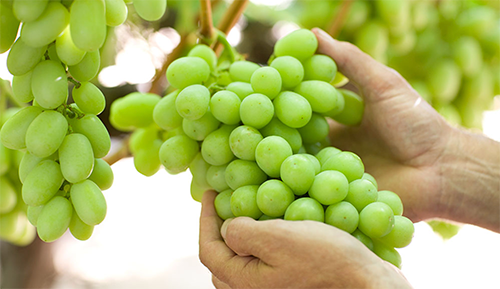 Alissa Amaral is a graduate of Tulare Union High School. She graduated with a 4.18 weighted GPA. Alissa was a member of FFA, where she won numerous awards. Alissa was also the President and a lifetime member of the California Scholastic Federation and volunteered many hours in the community including the American Cancer Society and Toys for Tots. She will attend Fresno State University where she will major in agricultural business with a career goal of becoming an agricultural marketing specialist.

Dale Fransen is a graduate of Selma High School. Dale graduated with a 4.19 weighted GPA. Fransen scored a 1,490 on the SAT, placing him in the 99th percentile nationally. He is a member of the local, state, and national FFA and is an Eagle Scout. He will attend Fresno State University where he will major in agricultural education with a goal of becoming an agriculture teacher.

Amy Swall is a graduate of Mission Oak High School in Tulare. She graduated with a 3.83 weighted GPA. Swall is the Regional President of FFA where she has won multiple awards, a member of the Mission Oak varsity tennis team that won the 2019 California Interscholastic Federation Divisional title, and a member of the varsity soccer team as well. She will attend Fresno State University where she will major in agricultural communications with a goal of working in agricultural advocacy.

Congratulations to all of these hardworking students! May your future dreams be as bright as your present.