PORT HURON, MI - This weekend, U.S. Customs and Border Protection (CBP), Office of Field Operations at the Blue Water Bridge seized a shipment of drugs disguised in a commercial shipment of berries. CBP agents arrested one Canadian citizen and seized more than 280 lbs of cocaine.

According to a CBP press release, the seizure took place on October 21st, when members of the CBP Port Huron Anti-Terrorism and Contraband Enforcement Team selected a commercial truck carrying berries for an “enforcement exam.” 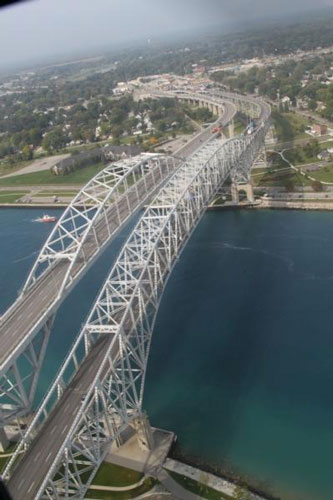 “This arrest demonstrates the continued effort by our officers, their dedication to our border security mission and the focus on the export of illicit narcotics” said Port Director Michael Fox, in a statement.

The U.S. Attorney’s Office for the Eastern District of Michigan will be prosecuting the case, and the Canadian citizen involved is currently being held by Homeland Security Investigations.

No word was forthcoming on the state of the berries.