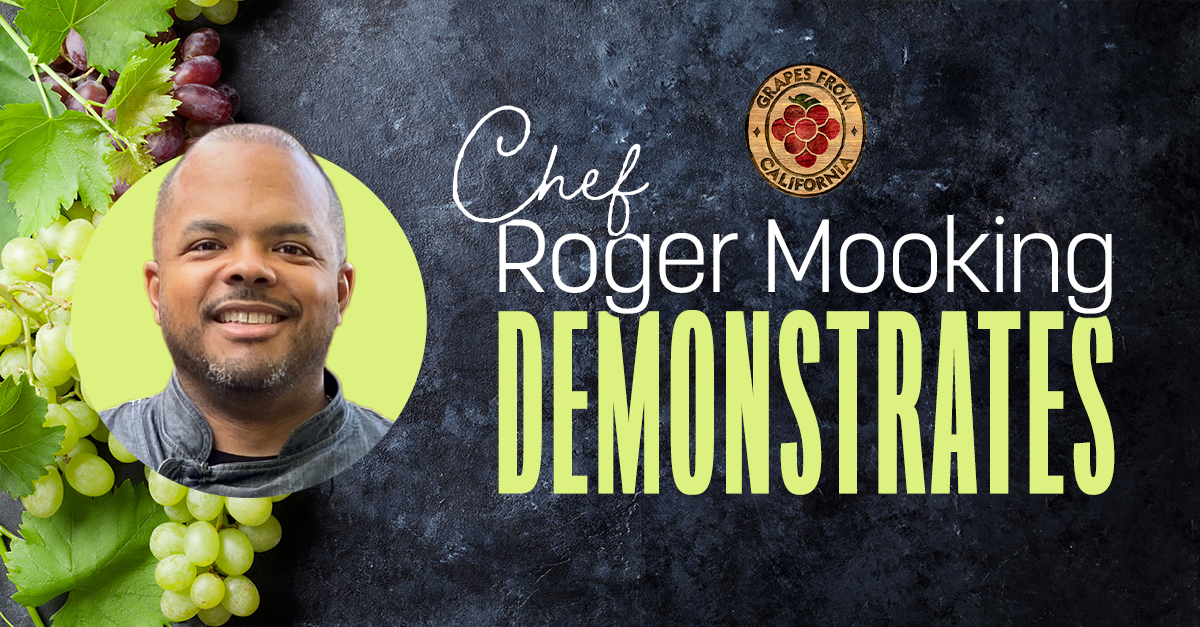 FRESNO, CA - We all know this business is a relationship-centric one, but I continue to be delightfully surprised by the way our industry’s leaders come together for the greater good of fresh produce. Celebrity Chef Roger Mooking is one industry ally working to elevate fruit and vegetables in the kitchen, most recently highlighting the California table grape category on a national scale.

A press release from the California Table Grape Commission (CTGC) stated that the Canadian chef demonstrated the versatility of California grapes during live segments on Breakfast Television and CHCH Morning Live. Mooking created three recipes featuring California grapes, as well as conducted radio interviews, launched a podcast, and taped a television segment for the show Where Parents Talk. 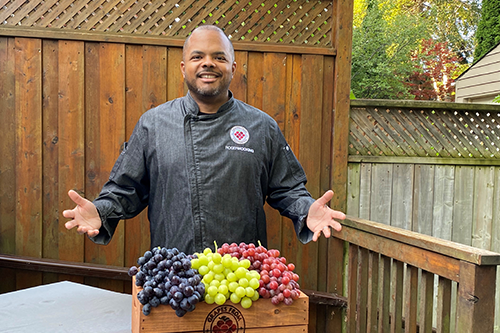 Also in September, Chef Mooking will appear in the online edition of Canadian Living and discuss his California grape recipes to show why grapes are a key ingredient in kitchens. As one of the number one export markets for California grapes, and with Roger Mooking as one of the country's top chefs, Canadian consumers have plenty of opportunities to bring these one-of-a-kind fresh globes to their kitchens.

For more fruitful partnerships like this, keep a tab open for ANUK.