WENATCHEE, WA – Steve Lutz, CMI’s Vice President of Marketing, recently joined AndNowUKnow to share a few details about the biggest opportunities retailers can take advantage of this season to push sales for the apple category.

Listen to our full interview at the top of the page, or continue reading for a brief summary.

Lutz continued by saying that some of the apples that are bringing the highest value are being sold in 2-pound pouch bags.

“We really want retailers to understand the opportunity that’s in front of them with the new branded apple programs,” Lutz continued. “That’s both in terms of the product itself, but it’s also true of the packaging.” 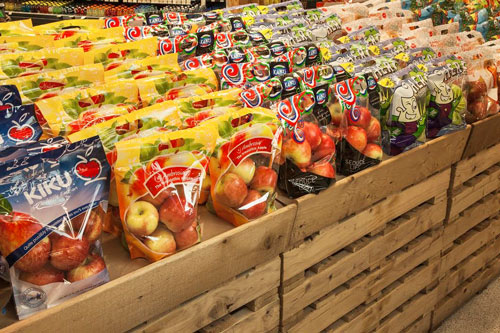 With the success CMI has seen so far in the category, the company is looking forward to a strong repeat of the excellent selling season it had in the spring and summer last year.