OXNARD, CA - We are amidst transition for the next mango location on Freska’s map of year-round supply: Peru. As more big-eating days like the Super Bowl, Valentine’s Day, and Easter approach, Sales Manager Tom Hall took the time to share with me how the switch is going for the company.

“The Peruvian season was off to an earlier start than previous seasons, with the initial volumes harvested destined for Europe,” Tom shares with me. Typical starts to the season would be later this month, instead of already under way. “With the early start and some delays with the holiday season harvest, as packing sheds and harvest crews enjoyed some much needed time off during the holidays, the initial shipments into the U.S. will correlate with peak volumes out of Peru.” 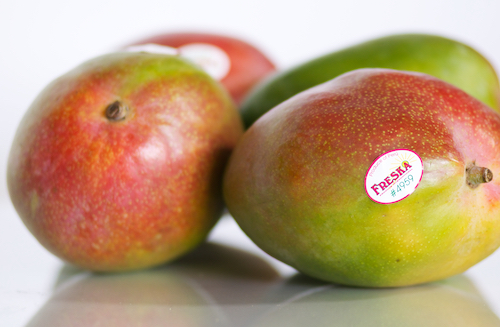 So, as we kick off the new month and the new year, Tom assures me that Freska is coming out of the holidays off and running. He does caution, however, that the early start and a current drought in the San Lorenzo area will bring volumes down significantly as we finish the month of January.

“February volumes are looking to be light. Retailers should look to promote early as we head into January and then look towards the initial Mexican crop of Ataulfos in February to offset any dip in volume from Peru,” he explains.

But the slow-up should only last through the end of February, when Tom assures me we will start seeing the initial shipments of round Tommy’s fruit from Mexico.

As mangos and other popular categories keep us on our toes, keep checking in with AndNowUKnow for the latest in all produce markets.

Freska Produce International, LLC was formed in 2004 with the intention of providing our customers with the “World Finest...