SPARTANBURG, SC - From a restaurant manager to his current role as Senior Purchasing Manager for Denny’s, Gene Harris has had quite a ride since he started with the company in San Diego, California, in August of 1986. As Gene celebrates his 30th anniversary this year, the industry veteran shares with me the details behind his long tenure at Denny’s and how the company’s commitment to its customers starts from within. 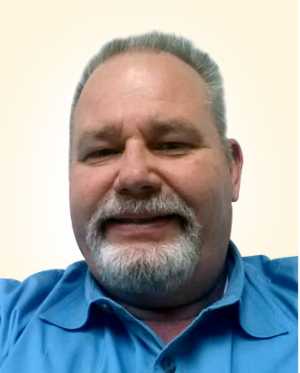 “Denny's is such a great company to work for,” Gene tells me as we talk about the family-feel of Denny’s corporate culture. “We work as a team and work together to support each other, while also supporting restaurant operations and the franchisees. Our goal is to continually support and drive the Denny’s brand; whether it’s a company restaurant or a franchise restaurant, it doesn’t matter. It is still a Denny’s!”

So, what brought Gene to Denny’s? The path was definitely unique. Gene worked as a cook in many restaurants during, and after, high school. When he went to college, Gene took several automotive classes and worked as a mechanic for about 2 years before deciding to go into the Navy in February 1979 to be a cook.

“I ended up as a cook on a submarine stationed in San Diego. I served on two different nuclear subs in the seven and a half years that I was in,” Gene tells me. “I got out of the Navy on August 3rd of 1986 and went to work at Denny’s two weeks later. The rest, as they say, is history.”

“Diversity is an everyday part of our culture, and that has helped us bring multiple perspectives to the table in order to drive growth,” he says. “We treat everyone the same – as a fellow member of the Denny’s Team.”

As Gene enters the next ten years with Denny’s, his goal is to continue to improve and strengthen the company’s regional purchasing programs, and to also provide great service and value for the restaurants.

“Staying ahead of food safety issues, finding ways to improve our purchasing programs even more – these are all apart of our vision at Denny’s. I love the produce industry – especially the people. It's like a big family,” Gene shares. “And personally, my goal is to be the best husband, dad, and ‘Papa’ I can be, and also to give back by serving others in need. I am very blessed!”

Please join me in congratulating Gene on his 30th anniversary with Denny’s, and for his continued impact on our industry!