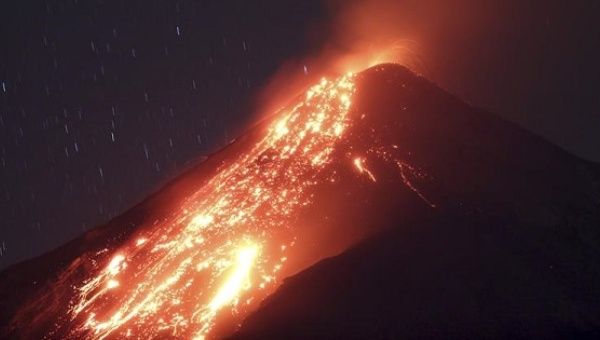 According to news source teleSUR, ash fell as far as 50 miles away from Fuego—blanketing Atitlan Lake, Chacacao, Mazatenango, Retalhuleu, El Palmar, and other many other locations as far as the nation’s capital Guatemala City, located some thirty miles East of the Volcano.

This was Volcán Fuego last Friday night. Notice the stars in the background, and imagine the sound these eruptions make! pic.twitter.com/gCMyS6wOsK

The country’s national institute monitoring volcanic, seismic, and meteorological data, INSIVUMEH, reported that volcanic activity had calmed down by Sunday morning but noted that emergency responders should continue to take precautions in light of the risk of debris and volcanic matter flowing down the volcano.

So far, there have been no reports of ash affecting growers in the region. AndNowUKnow will keep you up to date with the latest news as it occurs.