INDIANAPOLIS, IN - Indianapolis Fruit is wishing a fond farewell to Nick Mascari, the company’s Assistant Director of Sales, New Business Development, who recently accepted the position of Vice President of Sales with All Fresh GPS. During Nick’s time with the company, he has contributed greatly to Indianapolis Fruit's growth and success.

Indianapolis Fruit's President, Greg Corsaro, took some time to tell me about Nick and shares how he has been involved in several areas of the company’s business. 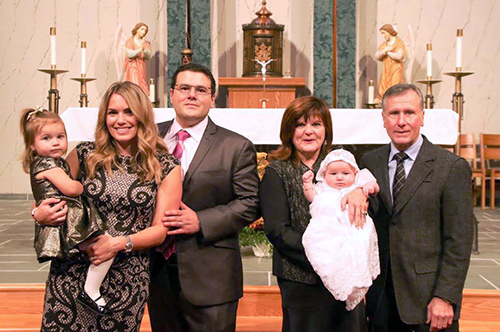 “Nick is the oldest child of one of Indianapolis Fruit’s owners, Mike Mascari, and as so, has served many functions within the company. He has been one of the leaders of our procurement team, with vendor relations being one of his primary responsibilities. Nick has also has been one of the leaders of our sales team, focusing on new business development,” Greg tells me. “As such, he played a vital role in establishing and developing relationships with several of our key suppliers and customers.”

Indianapolis Fruit is a leading regional distributor of fresh fruits and vegetables, floral, and other essential produce items and has been family owned and operated since 1947. It wasn’t until 1997 that the company joined with another Indianapolis produce supplier, Piazza Produce, Inc. and today, they work together to serve both the foodservice and retail industries.

“While I am sad for Indianapolis Fruit, I am happy that Nick is able to pursue such a great opportunity within the industry,” Greg adds.

All Fresh GPS is a one-stop apple growing, packing and shipping solution located in the middle of Michigan apple country. The company’s network of growers spans more than 20,000 acres of prime apple-growing land and are supported by two packing and storage facilities in Western Michigan and a third in Southeast Michigan.

Good luck, Nick, on this next step in your career and the road ahead!