CHILE - Early this morning, northern Chile was hit with a powerful 7.0-magnitude earthquake that was followed by several strong aftershocks felt across the area. The quakes have caused major damage, and have prompted some people to evacuate in areas where the effects were strongly felt.

According to information from BNO News, the first earthquake hit at 12:09 a.m., 40 kilometers northwest of the village of Carrizal Bajo, located in the Atacama region of the country. The aftershock that followed hit 20 minutes later at 12:30 a.m., and were recorded at 6.3 magnitude. 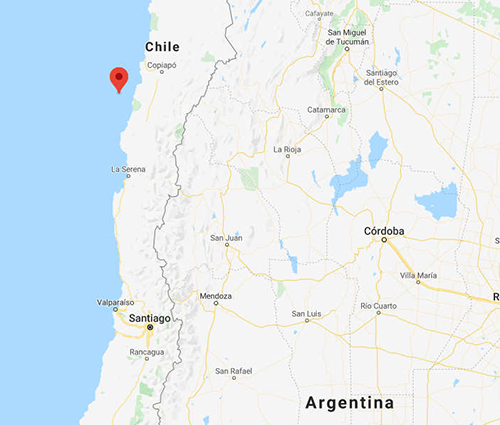 Thankfully, no casualties were reported, but many people have been evacuated due to landslides near the epicenter. Those living on the coast were also evacuated as a precaution in case of a tsunami, although the Pacific Tsunami Warning Center has announced that, as of this morning, there is no tsunami threat.

At AndNowUKnow, we are relieved to see that no one was injured during this natural event, and our thoughts are with those across our industry and the residents of Chile who are cleaning up after the earthquake.

As more information becomes available on the repercussions of this quake, ANUK will continue to report.