LEAMINGTON, ON - The back to school season is getting an extra big dose of education this year, with the continuing sucess of NatureFresh™ Farms mobile Greenhouse Education Center’s #GreenInTheCity Tour. Consumers who want to know how, where, and by whom their tomatoes, bell peppers, and cucumbers are being grown now can find the answer right at their local school or retail location.

“Using the Greenhouse Education Center as living example of how we grow, we have a unique opportunity to connect with consumers,” explained Chris Veillon, Director of Marketing of NatureFresh. “Our teams spend as much time as needed with the consumer to explain how we grow and the various benefits of eating greenhouse-grown tomatoes, bell peppers, and cucumbers.” 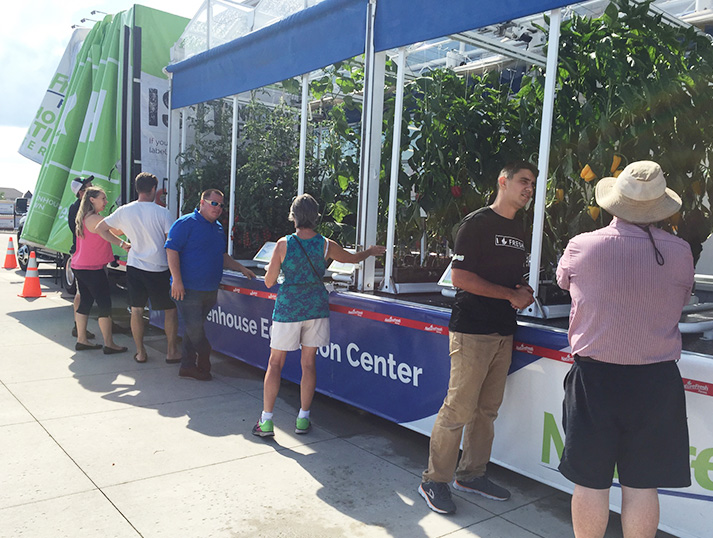 With its second year now in full swing, the company’s #GreenInTheCity Tour has taken the education center to schools and retailers across eastern North America since late spring. Connecting with consumers of all ages, NatureFresh provides each stop with both product demonstrations and taste testings to teach beyond just how greenhouse vegetables are grown.

“We have invested a great deal resources in not only talking about how we grow, but putting locally-grown, greenhouse vegetables in to the consumer’s hand to taste the quality that NatureFresh™ Farms produces,” commented Ray Wowryk, Director of Business Development. “The message really hits home with the consumer when we tell them we are the grower.” 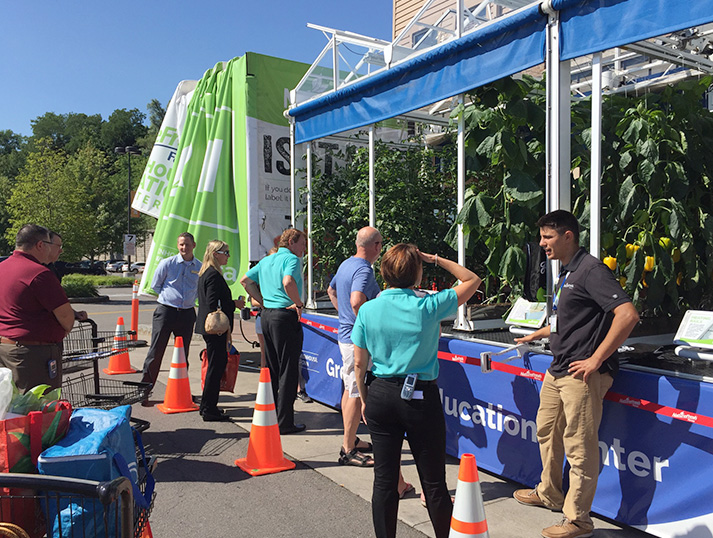 To further grow consumers’ education of greenhouse-grown produce, NatureFresh™ Farms partnered with Walkerville Collegiate in Windsor, ON, for an informative video explaining the various processes behind greenhouse vegetable growing. The video has been particularly successful with schools, the company says, resulting in the demand for more digital resources to support in-classroom initiatives.

Having already completed 60 events this year, NatureFresh™ says it has seen tremendous support for the initiative, and very positive feedback and support from retailers and consumers alike. And the ride’s not over yet—the #GreenInTheCity Tour is scheduled to continue through the middle of November and wrap up November 13th at the Royal Winter Fair in Toronto, ON.

To find out even more details about the mobile Greenhouse Education Center, visit naturefresh.ca/GEC.