FRANCE – It looks like someone is not living the high life this holiday season after their attempt to hide three tons of cannabis within a shipment of lettuce was thwarted this week. The truck-load, with a reported six million euros’ worth (about $7,121,640 USD) of the drug stowed away inside, was found when French police searched inside at a motorway toll station.

Over 200 kilos of marijuana leaves were snuggly hidden in the lettuce toting crates. Once identified, the drugs were taken by anti-drug police on the A36 motorway in South East France on Thursday, as was told to the AFP news agency on Saturday. 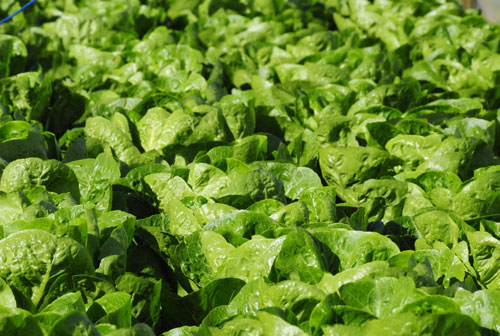 The driver of the lorry was a 60-year-old Spanish national, who was detained in a police station in Bayonne, a French Basque city. Alongside him was an accomplice car driver who seemingly led the way. The two are expected to appear in court on Monday.

Will our industry hear of another affront to our lovely lettuce as feast-time approaches this joyful season? AndNowUKnow will continue to drive home the freshest industry news.