UNITED STATES – As the industry moves through summer holidays, I decided to take a look in on the potato market as consumers look to highlight the commodity with grilling and potato salad favorites.

As Ralph Schwartz, Vice President of Sales, Marketing and Innovation at Potandon Produce recently told me, the company is currently in the tail end of storage season in nearly every state.

“Yellow potatoes have been shining stars this year,” Ralph says as we talk different varieties of potatoes. “We’ve got about three weeks left in Arizona before we ship to Washington, but so far they’ve been high quality with the best appearance.”

Ralph continues into the mini potato variety, stating that Potandon has just planted several new varieties which is encouraging in terms of the long-term for the segment. “They’ve just been knock your socks off beautiful,” says Ralph.

Volume for the year has been typical when compared to last, but size profiles have been the biggest conversation piece for Potandon and Ralph. “Idaho and Russett have been seeing good quality for the end of season, but demand across the country has been higher than supply.” 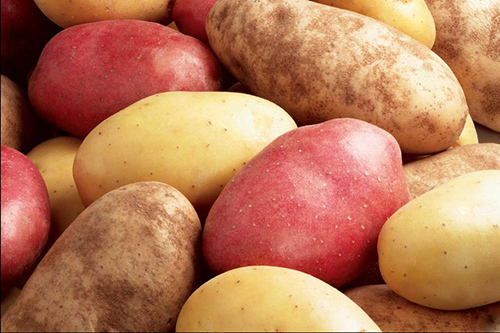 Ralph says that market should remain steady throughout the season, with prices picking up on the bigger side of potatoes but still remaining mostly steady. Ralph expects volume and demand to also remain consistent with the company’s expectations, with added bumps from summer holidays and good demand for colored and variety potatoes.

Potandon has seen a bit more cooler days than anticipated, but Ralph says the company has most likely dodged a bullet from the high heat which could slow down development. “It could change in time, but we’re encouraged by our current state and progress,” says Ralph.

Keep an eye on Potandon Produce as the company looks to launch several new products, details which can’t yet be disclosed but Potandon is excited to release later in the year.

“We’re looking at extensions to traditional lines, and adding more options for consumers as far as pack sizes. This is all based on consumer research,” finishes Ralph. “We’re looking to really dial in on consumer demand.”

Eric Beck, Marketing Director at Wada Farms, is also expecting a consistent market through the season.

“Consumer demand remains to hold a steady course,” Eric tells me. “We are seeing a little movement in the carton market, with hopes of holding firm as the season plays out.”

Planting for Wada Farms’ next season has already been completed, and the company expects volume to remain comparable to the last year’s although it remains in the early stages of growing.

“We have the majority of summer to get through, but things are looking great so far,” says Eric. 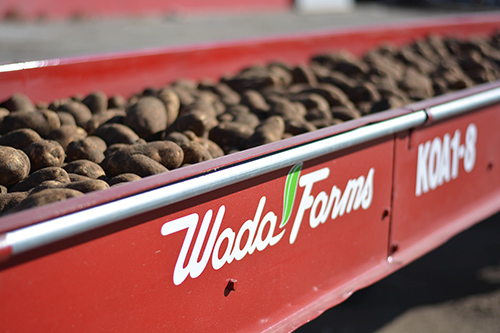 Wada Farms is also keeping a close eye on the organic market as it moves through the season. “We expect the organic market to continue strengthening as consumer demand continues to grow and become more mainstream for this particular pack,” finishes Eric.

As the season progresses, keep up with AndNowUKnow for any changes, dips, or surges in the potato market.