COACHELLA, CA – After nearly fifty years in our industry, veteran Director of Marketing Mike Aiton will retire from his position at Prime Time International. Effective November 1st, Aiton will step down from his role with the organization with which he served since 2009.

“Mike is very well liked in the agriculture community and he’s known throughout the produce industry as a true professional,” said Way. “When Mike came to Prime Time in 2009, he really changed our course. His calm demeanor, tireless work ethic, and incredible sense of humor changed Prime Time forever.”

The company noted that Aiton’s expansive career and vast produce marketing experience runs the gamut—from retail grocery to production agriculture, and everything in between. Aiton began his career in the produce industry with the Denver, Colorado-based retail chain King Soopers. There, Aiton started in the management training program, eventually rising to the top of the organization and spending 14 of his 20 plus years in retail as Director of Produce and Floral for King Sooper.

In 1991, Sun World International recruited Aiton to be its Director of Marketing. Aiton, his wife Debby, and their seven children left their home in Denver and moved to the Coachella Valley where Aiton would go on to spend the majority of his 18 years at Sun World as the Sr. Vice President of Sales and Marketing. 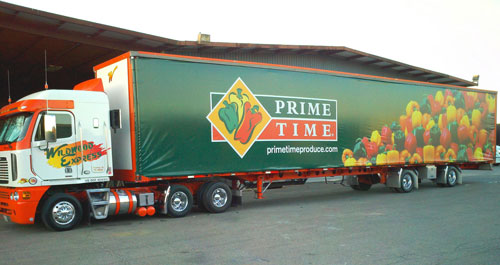 In 2009, Prime Time brought Aiton on board as Director of Marketing to promote new business development and strengthen existing customer relationships. The company noted in its press release that Prime Time’s Partners all agree that over the past 8 years, Aiton’s extensive marketing and industry expertise has proven to be invaluable for the company.

“I thought I was a good merchandiser until Mike Aiton joined our team,” recalled Carl Sam Maggio.

Mark Nickerson expressed a similar sentiment, noting that Aiton will be missed.

“I not only have found Mike to be an extremely knowledgeable resource of information but more importantly a very reliable, honest, and humble person,” said Nickerson. “It's been my sincere pleasure having the opportunity to work with Mike these past years.”

The company noted that Aiton will be sorely missed, and Aiton expressed similar sentiments attributing his prodigious success with Prime Time to the strength and reputation of the company. 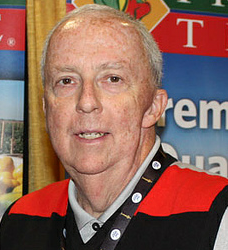 “When I made calls, went to meetings and put together deals, I was always backed up 100 percent by the company,” noted Aiton, in a press release. “I was truly the beneficiary of Prime Time’s accomplishments. The commitment to quality and belief in doing all things right opened up a lot of doors for me when I said, I’m from Prime Time.”

For Aiton, the biggest challenge in retirement may be “learning to sleep past 4 AM. That’s the time I’ve been getting up for the past forty years,” he noted.

And while Aiton may be retiring, Way noted that he is still very much part of the identity of Prime Time.

“Mike may be done in day-to-day work, but we will continue to consult with him as needed in the coming years,” said Way.