LEAMINGTON, ON – In its third year running for taking home multiple awards in several categories, Pure Flavor has announced that the company took home four prestigious awards after the 2016 Greenhouse Competition.

“We are so excited to be accepting these awards so soon after our first pick at our brand new greenhouse here in Leamington. It shines a bright light for the future of our company”, said Jamie Moracci, President of Pure Flavor. 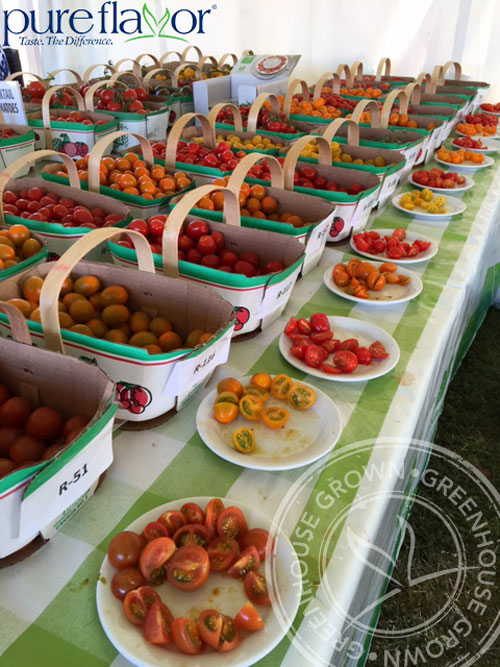 For the annual competition’s first-ever blind taste test, Pure Flavor stated in a press release that the company took home four different awards between the cucumber and tomato categories. The winning results are as follows:

“We’re always looking to improve our produce and awards like these confirm that we are doing something right,” stated Matt Mastronardi, CMO of Pure Flavor.

Pure Flavor recently opened a new greenhouse near its headquarters in Leamington, Ontario, where the company said its first crop of beefsteak tomatoes and tomatoes on the vine were harvested just days ago.

Keep up with AndNowUKnow as we continue to cover leading competitions within the greenhouse category.