SEPC Welcomes New Chairman of the Board Faye Westfall

MILLEN, GA – The Southeast Produce Council has officially appointed its new Board of Directors Chairman for 2017-2018, and not only is she a board veteran, she’s the council’s second female Chairman ever. Faye Westfall was inducted on September 29, 2017, at the President’s Dinner Dance held at the SEPC’s recent Southern Innovations Organics & Foodservice Expo in Hilton Head, South Carolina. 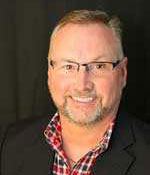 “Faye is one of the most diligent and hard-working people that we have ever had on this Board,” David Sherrod, President and CEO of the SEPC, said in a recent press release. “I am so excited to have her energy at our helm this year. She has fostered our STEP-UPP program to one that is recognized by top retailers in the country as one of the best educational programs within the produce industry. I know that the SEPC will flourish this year because she will unselfishly give her time and resources to make sure it does! She is a blessing to me and this council.”

Faye Westfall was born and raised in Ruskin, Florida, where she attended East Bay High School. She later attended Nursing School while living in Maryland, during which she also became involved in the transportation business. After three years, she moved back to Florida and immersed herself back into the produce world, working with tomatoes, transportation, brokerage, as well as running production lines. She worked at J C Valenti for about 9 years before it was purchased by The DiMare Company and continued to run the production line, eventually transitioning into sales. Faye is currently the Director of Sales at DiMare Fresh-Tampa and has served on the Southeast Produce Council’s Board of Directors for 7 years. 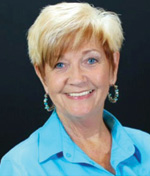 “The SEPC’s educational STEP-UPP program has been my passion,” Faye said. “I still try to stay in touch with previous classes while concentrating on the current one. Education in the produce community is very important to me, especially trying to blur the lines between the Grower/Shipper and the Retail/Wholesaler. Making communication open and more transparent I feel will only make things profitable for all involved.”

Not looking to retire anytime soon, Faye not only is an active member in the produce world–known as a professional clown who enjoys spreading love and laughter–but also enjoys filling her weekends with her four children, their spouses, five grandchildren, one great-grandson, and her extended church family.

We here at ANUK wish Faye luck in the upcoming year in her new role. For more produce industry news, keep checking back with AndNowUKnow.