“Roughly eight years ago, we were faced with a similar labor shortage in Yuma, Arizona,” Mike Antle, Executive Vice President and Chief Operations Officer for T&A, said in a press release. “We were able to start a guest-worker program because apartments were available to refurbish. We are at the same crossroads in Salinas and needed to act quickly.”

The Monterey County Board of Supervisors praised the project as a model for the agricultural industry, according to the release, serving a major concern for the lack of affordable and seasonal housing for workers in the fields. 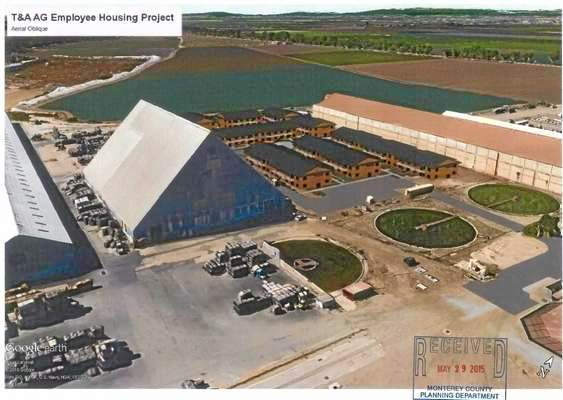 The long-term supply of labor is necessary to sustain the agricultural industry, and is among one of the major issues facing Salinas Valley employers today.

“This is the first time in 33 years that we were unable to hire enough workers to harvest our crops,” Antle continued. “In addition, our current workers are enduring longer harvest hours in order to avoid losing planted crops.”

T&A stated this is only the start towards a solution to Salinas Valley’s housing crisis, and it hopes other companies will look to build privately funded solutions similar to this 100 unit housing project for their own workforces.

The approval of the plan has allowed for it to be fast tracked, and the company anticipates it will be able to welcome employees in time for Salinas’ 2016 Spring harvest season.

For more specifics on the project, click here. You can view project photos and frequent updates by following T&A on Twitter, handle @taproduce.