WASHINGTON, DC – Making good on its previously signed executive order, the Trump administration is moving to revoke the Waters of the United States (WOTUS) ruling. The Environmental Protection Agency, Department of Army, and Army Corps of Engineers are proposing a rule to rescind the Clean Water Rule, and re-codify regulatory text that existed prior to the current WOTUS ruling from 2015.

"We are taking significant action to return power to the states and provide regulatory certainty to our nation's farmers and businesses," said EPA Administrator Scott Pruitt. "This is the first step in the two-step process to redefine 'waters of the U.S.' and we are committed to moving through this re-evaluation to quickly provide regulatory certainty, in a way that is thoughtful, transparent, and collaborative with other agencies and the public."

This move will make for a substantive re-evaluation of WOTUS’ definition. According to a press release, the agencies previously mentioned will follow an expeditious, two-step process to ensure its objectives that U.S. waters will be kept free from pollution while also promoting economic growth, minimizing regulatory uncertainty, and showing due regard for the roles of Congress and the States under the Constitution. 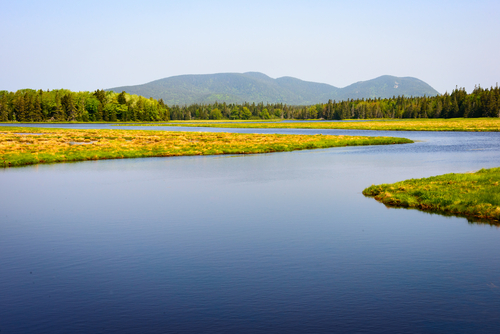 The Washington Post reported that revoking the current WOTUS ruling will end the EPA’s broad authority over the regulation of pollution in wetlands and tributaries that run into the nation’s largest rivers. Instead, the agencies will revert back to standards that were adopted in 2008. Pruitt testified before Congress stating that the regulation “usurps” state authority and imposes “numerous and costly obligations” on landowners.

Under the current regulations, the Washington Post stated, federal jurisdiction is extended to 60 percent of water bodies in the United States. The agencies stated that they will recodify the identical regulatory text that was in place prior to the 2015 Clean Water Rule, that is in place as a result of the U.S. Court of Appeals for the Sixth Circuit’s stay of the 2015 rule. The agencies stated that when final, the action will not change current practice as to how the definition applies.

The Washington Post also stated that after taking comment on the rule’s repeal and reaching a final definition, the EPA will have to craft its own proposed rule for defining which waters deserve federal protection under the 1972 Clean Water Act, which will then be subject to public comment.

"The Army, together with the Corps of Engineers, is committed to working closely with and supporting the EPA on these rulemakings. As we go through the rulemaking process, we will continue to make the implementation of the Clean Water Act Section 404 regulatory program as transparent as possible for the regulated public," said Mr. Douglas Lamont, Senior Official performing the duties of the Assistant Secretary of the Army for Civil Works.

The agencies involved have begun deliberations and outreach on the second step rulemaking involved in this re-evaluation and revision of the definition of WOTUS, in line with President Trump’s executive order from February.

As the situation unfolds further, count on AndNowUKnow for the latest.