WASHINGTON, DC - In a move of solidarity, a letter hit industry inboxes recently with the faces of Tom Stenzel, President and Chief Executive Officer of the United Fresh Produce Association, and Cathy Burns, CEO of the Produce Marketing Association (PMA). Together, they sent a message to the industry of their takeaways from a critical meeting with the USDA regarding the Farmers to Families Food Box Program.

“We had an open and candid dialogue on many topics we have each heard from our members, including challenges faced in the RFP process, and discussion about how the program is operating today. We’re pleased to report that USDA’s tracking data show that more than 3 million boxes have already been delivered,” the two associations stated.

The conversation was described as a “lengthy virtual meeting with USDA officials who have direct responsibility for the Farmers to Families Food Box program,” in response to an earlier joint letter offering input on the program, which, if successful, could serve as a game-changer for all involved.

“As this program is just two weeks into operation, USDA is evaluating everything they are learning from current contracts and developing new plans for a second round beginning July 1,” the statement continues. “We heard about extensive analysis and audits to verify what is actually taking place under current contracts, which gives us confidence in USDA’s oversight of the program.” 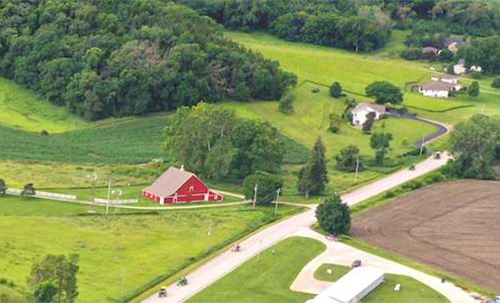 Stenzel and Burns observed that the USDA team was very open and receptive to suggestions both associations have heard from industry members, and said it was reaffirmed that they believe one of the goals of the program is to support companies that have suffered from the loss of foodservice business. Among the topics advised on were how to best meet the needs of those the program is intended to connect with food, as well as providing diversity of commodities and better demonstrating capabilities in the bidding process.

“We applaud those of you are working hard to deliver fresh produce through this program today, and urge any others who want to be part of the program to be on the lookout for how you might be considered in the future. As we know, there will likely be many more bidders who offer their services than dollars or contracts allow, but we believe the process will continue to improve with a mutual industry and USDA goal to achieve maximum success for the program,” the letter concludes.

Click here to read the letter in its entirety.

While it sounds like the conversation was a productive one, both associations acknowledged that a specific course ahead is not yet official. As something of a preview, the USDA shared that it is likely current contract holders who are demonstrating excellence in fulfilling their contracts will have the opportunity to be considered for an extension in the next round and new offerors will likely be considered, particularly where there are unmet needs to serve people in need.

With a promise of further communication should more details come to light, stay tuned for the latest from your friends at AndNowUKnow.