MIAMI, FL - We’ve been watching with bated breath as retailers scramble to catch a corner of the emerging grocery delivery market. Any competitive edge could signal a sea change, and this week, Walmart announced plans to pilot a new program, partnering with Ford and app-based delivery company Postmates to test autonomous vehicle delivery services in Miami-Dade County. 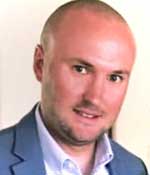 “Retail is changing at a rapid pace, and what’s 'easy' in 2018 might feel old-fashioned in 2028. In fact, Walmart is already offering grocery delivery in nearly 100 metro areas and is continuing to innovate to find new ways to serve customers…” said Walmart’s Senior Vice President, Digital Operations Tom Ward, in a blog post published this week. “That’s why we are partnering with Ford to explore delivery with autonomous vehicle technology. We’re still learning—it’s a pilot—but, we want to make sure we stay on the cutting edge of grocery delivery by exploring what’s new and next.”

Ward noted that the company hopes to learn how to best take advantage of self-driving vehicles to deliver fresh groceries, and Ward noted that its current delivery partner Postmates is already connected to Ford’s digital platform. 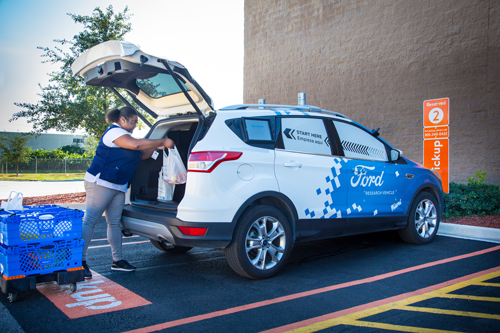 “Walmart and Ford agree autonomous vehicles have an important role to play as we consider the future of delivery,” added Ward. “Before self-driving cars can go mainstream, we must get a better sense of how people want to interact with them. Together, we will gather crucial data to learn the best way to bring items to customers.”

Will Walmart’s partnership with Ford and emphasis on autonomous vehicle delivery give the retailer a competitive edge against its rivals? AndNowUKnow will continue to report.