Wonderful Pistachios, John Cena, and Richard Sherman Team Up for Biggest Ever "Get Crackin'" Campaign

LOS ANGELES, CA – Wonderful Pistachios is getting a new heavyweight superstar, literally. The company is introducing Ernie the Elephant, a peanut-snubbing, snarky, health-conscious, computer-generated mascot voiced by WWE celebrity John Cena. Ernie is making his debut during this week's "Monday Night Football," "Dancing With the Stars," and "The Late Show with Stephen Colbert" television spots, among others. 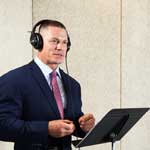 "Ernie and I are alike in many ways. We're both fun-loving guys, confident in our choices," said Ernie's voice artist, John Cena. "I'm excited to join Wonderful Pistachio's popular Get Crackin' campaign by bringing to life its newest character, Ernie the Elephant, whose favorite food is Wonderful Pistachios. Whether you’re in the ring, on the go, at work, or hanging out with friends, Wonderful Pistachios is a fun, healthy snack that’s a good source of protein and fiber, and a strong foundation for good nutritional choices.”

The new campaign will help communicate the brands' message that pistachios are a healthy and smart snack option for consumers. Ernie the Elephant won't work for peanuts, and the spots feature his character in comical situations from baseball games to elevators. Eight more spots will pop up in the coming months, with two introducing Richard Sherman, cornerback for the Seattle Seahawks. Sherman will school Ernie with his famous trash talk, and his simultaneously high IQ. 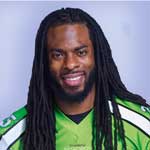 “Ernie and I know that choosing Wonderful Pistachios as your game-day snack is sure to score big at home,” said Sherman. “And we encourage fans to trade in their salty snacks for something new this season. To snack smarter, fans should crack open Wonderful Pistachios, a natural, guilt-free option that’s one of the lowest-calorie and highest protein nuts.”

Following last year's rough pistachio season, in 2016 Mother Nature has been merciful and granted one of the largest crops in the history of the pistachio industry. According to the company, branches are so heavy with pistachios that they are falling to the ground. As a result, Wonderful Pistachios is reducing the price of its product by 25%, and investing more than $55 million into the campaign to help move the volume.

“The industry is harvesting a record-setting 800 million pounds of pistachios this season, so it’s time to go big or go home!" said Adam Cooper, Vice President of Marketing for Wonderful Pistachios, according to a press release. "It’s only natural we go big in every way—a big new Get Crackin’ campaign, with our biggest star, Ernie the Elephant. People love snacking—in fact, snacking makes up half of all eating occasions in America—so our goal is to make healthy Wonderful Pistachios even more accessible to everyone. Ernie will help drive awareness and remind pistachio fans to Get Crackin’ everyday and on every snack occasion.” 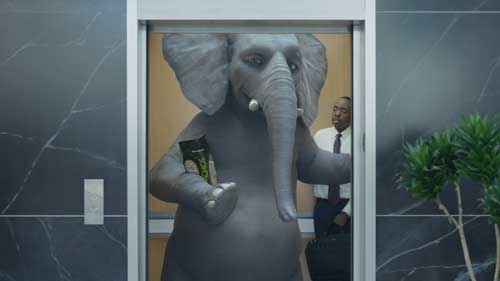 The latest evolution of the Get Crackin' campaign was created by the company's in-house creative agency, Wonderful Agency, and animated by Moving Picture Company (MPC). To supplement the campaign the company will release print and outdoor advertising, in-store POS, a large-scale digital and social media campaign, and additional public relations activities over the coming months. In addition to the massive campaign, with Ernie as the spokesmodel, the company is committing to support elephant conservation.

“Stephen Colbert has moved on. Ernie the Elephant has moved in,” said Michael Perdigao, President of Wonderful Agency. “Our Get Crackin’ campaign has featured some of Hollywood’s hottest talent: Snoop Dogg, Khloé Kardashian, and even Miss Piggy. This year we’re going back to the animal kingdom with Ernie the Elephant who’s bringing along some top-name talent of his own with WWE Superstar John Cena as his voice and the NFL’s best cornerback, Richard Sherman, as one of his best buds. We’ve got tons of pistachios to sell this year and a multi-ton elephant to help us do it!”

For more information on Wonderful Pistachios, the Get Crackin’ campaign, or to view current and past commercial spots, please visit GetCrackin.com or Facebook at Facebook.com/WonderfulPistachios.