221K Worth of Marijuana Found Hidden in Jalapeño Shipment

SAN DIEGO, CA - On Friday, October 25, border officers came across a suspicious shipment of produce at the Otay Mesa port of entry. Inside the tractor, officers found over 500 pounds of marijuana hidden inside boxes of produce.

According to Fox 5, officers were alerted when a drug-sniffing pooch smelt the paraphernalia during the secondary inspection, and then located 100 large packages of marijuana. The culprits tried sneaking the packages from Mexico by wrapping them in paper printed to look like jalapeños, then snuggled under real peppers. 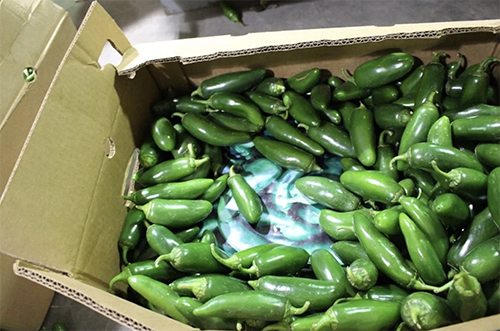 We at ANUK would like to thank the CBP for their service in helping keep our streets, and our produce, safe.