CLEARLAKE, CA - Over the holiday weekend, while many within the industry were barbecuing and setting off fireworks, a magnitude 4.0 earthquake was reported 11 miles from Clearlake, California. The U.S. Geological Survey reported the event occurring on Sunday at 9:14 a.m. PST.

Within the earthquake’s radius were agricultural towns such as Healdsburg, Windsor, Santa Rosa, and Ukiah, many of which are mainly known for their wine-growing regions. 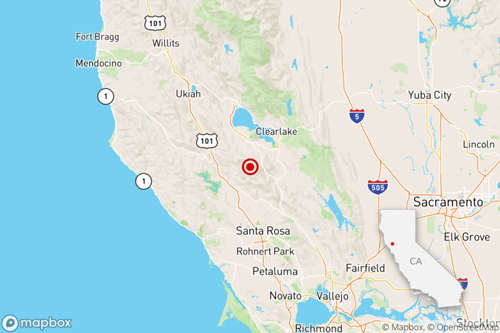 According to a report from The Los Angeles Times, California and Nevada are subject to roughly 234 earthquakes per year that range between 3.0 and 4.0.

As of right now, there have been no reports suggesting that any suppliers were affected by the earthquake, but AndNowUKnow will continue to keep you posted on the state of the weather as it pertains to our industry.