CHILE - Yesterday morning, news broke that an earthquake had occurred in northern Chile. The quake clocked in at a significant magnitude of 6.0 and a depth of 6.2 miles. Though extensive details have not been released, we at ANUK were relieved to learn that no serious damage has been reported.

According to the news source Volcano Discovery, the earthquake was widely felt by the majority of individuals in the area, causing light to moderate damage. Surrounding cities that may have also felt the quake include Taltal, Diego de Almagro, Antofagasta, and Copiapó. 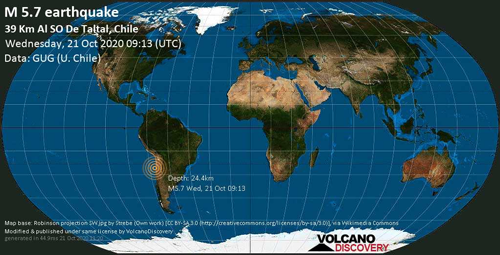 Thankfully there have been no reports in regards to fresh produce operations being damaged in the area.

As Mother Nature continues to make her mark, AndNowUKnow will be here to keep you informed of any news as it relates to fresh produce.