SEATTLE, WA - After over a year of searching for a location, then months of pushback from locals, Amazon has officially announced it has dropped plans to build one of two campuses for its infamous HQ2 in New York City. Amazon said it has no current plans to search for a new location for HQ2’s second campus and instead will stay the course on efforts to build previously announced facilities in Northern Virginia and Nashville.

“After much thought and deliberation, we’ve decided not to move forward with our plans to build a headquarters for Amazon in Long Island City, Queens,” the company stated on its blog. “For Amazon, the commitment to build a new headquarters requires positive, collaborative relationships with state and local elected officials who will be supportive over the long-term. While polls show that 70% of New Yorkers support our plans and investment, a number of state and local politicians have made it clear that they oppose our presence and will not work with us to build the type of relationships that are required to go forward with the project we and many others envisioned in Long Island City.” 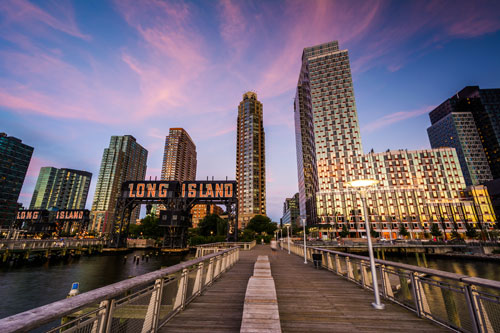 AndNowUKnow shared news of opposition from the city of New York earlier this month, when reports surfaced that New York had been relatively cold in its embrace of the e-tailer. New York City Council members, state Senate nominees, and other key officials, including freshman Representative Alexandria Ocasio-Cortez, whose district borders the proposed Amazon site, have all voiced opposition to the project.

“The question is whether it's worth it if the politicians in New York don't want the project, especially with how people in Virginia and Nashville have been so welcoming,” a source told the Washington Post.

Will this mean trouble and mounting pushback for Amazon as it looks to continue to grow its presence in major cities across the U.S.? AndNowUKnow will be monitoring the newswires.