SEATTLE, WA - Amazon appears to be making headway in its push to become part of the everyday lives of grocery shoppers.

The multi-faceted online shopping and delivery company is officially the most affordable delivery method for groceries in a place where delivery is key: New York City. 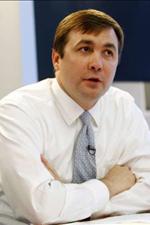 “We believe that price, convenience, selection, and service will dictate who wins, but believe Amazon is currently very well positioned,” Robert Drbul, an analyst at Nomura, the company that conducted the pricing study, wrote in the report, according to Bloomberg Business.

Bloomberg reported that of the competitors the company tried, Amazon came in at $20 lower than the closest competitor. Tip included.

Other business recorded in the study included:

Peapod is currently the online grocery leader, however Research Farm’s Online Grocery Report 2015 - U.S.A. posed the possibility that Amazon could be poised to “control online grocery,” which has grown to a $10.9 billion industry that is expected to grow almost 10 percent annually over the next 5 years, according to IbisWorld.

With big name competitors like Wal-Mart and Safeway investing in this market, as well as Loblaw’s recent team-up with Uber to drive online orders, this is definitely something to keep an eye on.

Keep checking in with AndNowUKnow as we do just that.