BERKELEY, CA - Looking back on 2016, mergers and acquisitions have made for a few notable shakeups in the retail market, with promises of more to come in 2017 as a number of key banners continue to shift and grow.

Amongst the changes are inevitable transitions, which new parent companies look to make as smooth as possible. In that vein is California-based Andronico’s, which is one of the more recent buy-ups of Safeway Community Markets. 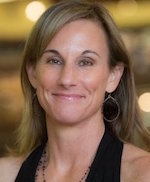 The banner’s CEO, Suzy Monford, saw the change on the horizon, according to Forbes magazine, and offered a few words of wisdom on how to make that conversion as easy as possible for all sides involved.

Monford named her first priority as protecting jobs and career opportunities. Hired by Andronico’s to innovate the grocer that was in danger of bankruptcy, Monford and her team brought changes like Fit Market and Instacart shopping, and brought it out of debt and into the territory of acquisition candidacy, according to the report.

Now, she has helped usher in a new age for the 87-year-old banner that includes no jobs lost in the buyout.

This brought Monford to another key transition tip: give everyone a stable foundation.

"When it comes to independent grocers, the mantra is go big or go home," Monford said.

This foundation includes the customers, according to the retail executive, who named that all 350 employees across the chain of stores keeping their positions meant shoppers would come in to the same familiar faces. Likewise, she approached a delivery emphasizing better pricing for consumers that would come with the stronger buyer power Safeway would bring as part of the acquisition.

Andronico’s sale to Safeway includes not only its two stores in Berkeley, California, but also stores in San Francisco, San Anselmo, and Los Altos.

Keep checking in with AndNowUKnow as we continue to report on all growing and changing names in the buy-side and beyond for the produce industry.