TORONTO, ONTARIO, CANADA - Coming together for a worthy cause is one of the greatest opportunities our industry has to give back. Pair that with culinary innovation, dynamic energy, some of the best and brightest in our industry, and good food and you have Prostate Cancer Canada's inaugural Celebrity Battle of the BBQ presented by Hill Street Beverage Company.

When I asked Chef Roger Mooking what inspired him to join this event and cause, he told me that, first of all, he liked that it was a BBQ-focused event and that the way it was executed was unique and creative. 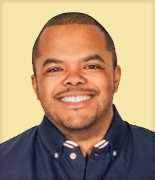 "I've also been the beneficiary of proactive early screening for cancer that could have turned into something not good, so to be a part of this event struck a chord with me personally," Roger shared.

The event gave participants a chance to grill alongside celebrity Grill Masters and BBQ enthusiasts including Maddie & Kiki, Billy Baldwin, Chef Ted Reader, Damon Allen, Christian Pritchard, Chef Ivana Raca, and Leo Stakos as they competed for the coveted Celebrity Battle of the BBQ presented by Hill Street Beverage Company Trophy. The group fundraised in support of Prostate Cancer Canada for a chance to grill alongside celebrity chefs in a "Chopped-style" competition.

For Roger, his passion for what he does in partnership with causes like this, truly align with his own values.

Thank you to all of our teams, sponsors, celebrities, chefs and restaurants involved in the inaugural Celebrity Battle of the BBQ Presented by Hill Street Beverage Company event this past weekend! We couldn’t have done it without your support. We can’t wait to see you all next year! @formatureonly

"We all have our life and passions to share with those around us. I feel particularly fortunate to be able to indulge all of my passions as my life's work and have blurred the lines of personal and professional balance in a way that few people are able to indulge," Roger told me. "Its my duty to play a small part to draw attention to something I feel personally invested in, in exchange for all of these blessing that are my life."

The highlights of the event were many and just about as joy-filled as you would expect them.

"There are some pretty legendary moments captured on social media posts that are now inside jokes with folks I met that night I will never forget, pretty funny stuff that were a moment in time, captured for the world to see," Roger expressed.

Who took the trophy, you ask? The 1st place was a tie between Team Prostate Canada Survivors and Friends and Team Deloitte. In third place was Tomato King.

Congrats and thank you to all those who generated excitement and support for this amazing event!

Celebrity Battle of the BBQ