BENTONVILLE, AR - Costco looks to still be on the rise, despite a rocky transition from American Express to Citi Visa.

As we reported recently, the shift in providers left many Costco members with an unusable credit card at check-out and inspired Sam’s Club to accept Costco memberships for a limited time during that unsteady period.

Now increased projections from analysts report that Costco will boost its membership prices, based off of the fact that it has done so in certain Asian markets. 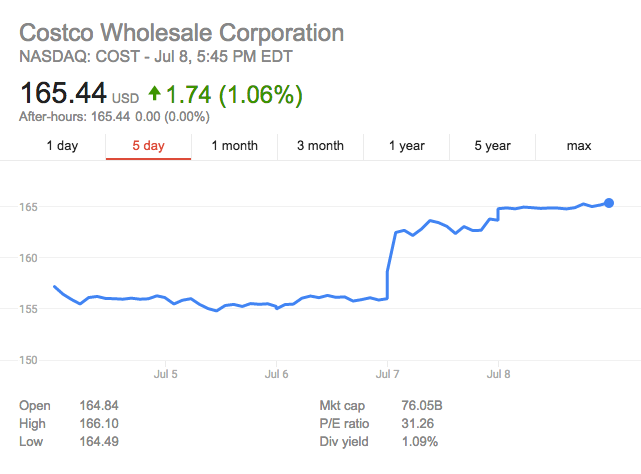 "Per our calculations, an approximate 10% international fee increase in Japan, Taiwan, and Korea could add about $0.04 to EPS in the next two years, but more importantly may prove a harbinger for a U.S. rate increase," Oppenheimer commented, according to TheStreet.

The upset of the transition in card carriers is now quieting, and is apparently a small price for the wholesaler to pay, according to Blue Chip Growth, as it will save millions with over half the $180 million in fees American Express was charging.

That has not yet been added to Costco’s financial reports, nor has it made any official declarations of raising U.S. membership fees despite being on the brink of its usual five-year pattern, but the numbers continue to show promise.

Will Costco continue to beat the street? AndNowUKnow will report on all the latest in the retail circuit.