Costco Zeroes In On High Organics Demand with Innovative Plans

ISSAQUAH, WA - Costco, who last year sold $6.1 billion worth of produce, is looking to expand its organic game to keep up with demand with an entirely new strategy.

How does the retailer plan to do so? By assisting growers in buying land and equipment to produce more organics.

“We cannot get enough organics to stay in business day in and day out,” CEO Craig Jelinek told investors at a recent shareholder meeting, according to the Seattle Times.

Assistance from retailers to incentivize organic growing is not unheard of. Offering to help farmers buy land, however, to meet increasing demand of this rapidly-growing facet of the produce industry is a much more unique concept that Costco is employing.

“A few years ago, Craig came to me and said: ‘Fresh food — we need to have sustainable lines of supplies into the future,’” Jeff Lyons, Costco’s Senior VP of Fresh Foods, told the Seattle Times. According to Lyons, each initiative was fueled by the following questions:

The land necessary is both scarce and pricey, something that Costco saw and began to brainstorm around when touring longtime supplier and San Diego-based grower Andrew and Williamson Fresh Produce.

Seattle Times reports that while on the tour, the supplier told Lyons it had heard about 1,200 acres of land in San Quintin, Baja California, that Seminis wanted to sell and was an immediate candidate for organic farming. But finances presented a problem. 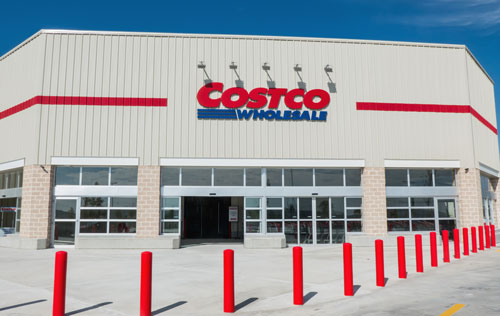 Now Costco has first right to anything off those 1,200 acres that meets its requirements, and both it and A&W have a bigger stake in supply for the organic industry.

As one of the U.S.’s largest retailers in providing organics, that is a significant security for Costco to have.

While A&W is currently the only partner in Costco’s new program, the Seattle Times reports that the retailer is looking to expand it to widen its net of organic supply.

With organic having made leaps and bounds in the last two years, growing into an industry worth more than $60 billion globally, it will be interesting to see if other retailers follow.