CARMEL VALLEY, CA - The organic produce space is growing and, with it, so is the breadth and the diversity of “organic consumers” en masse. In fact, organic shoppers are more mainstream and diverse than most contemporary stereotypes of pro-organic shoppers, according to a recent survey conducted by organic produce purveyor Earthbound Farm.

In its “Annual Organic & Other Lifestyle Choices” survey, Earthbound Farm offers fresh insights and compares a spate of lifestyle habits including music and hobby choices, pet ownership, meal priorities, and other factors not previously studied among shoppers choosing organic. And if you had assumed these consumers were all tie dye and patchouli or, conversely, a bunch of don't-talk-to-me-or-my-son moms, you might be surprised by the company’s findings. 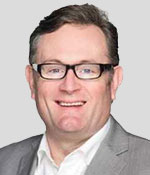 “Organic should and can be for everyone,” says Deverl Maserang, President and CEO. “We’re thrilled that these results show a growing and diverse community of people who choose organic fairly frequently.”

The survey results come as Earthbound Farm is reaffirming its commitment to making organic offerings available to more people throughout the nation. The company is launching its “I Choose Organic” campaign February 4-17 on its social media channels, a campaign celebrating the many benefits of organic and the personal reasons people are increasingly choosing organic food.

The company noted that lifestyle preferences revealed in the “Annual Organic & Other Lifestyle Choices” survey show today’s organic consumer is increasingly hard to distinguish from a mainstream consumer.

Earthbound Farm also noted in its press release that some results were not surprising; for example, health is still the number one reason to purchase organic, and the younger the consumer the more organic they say they buy. Still others were contrary to common assumptions of organic shoppers, and of the more-than-500 consumers surveyed, 40 percent say they plan to increase their household’s organic consumption in 2019. 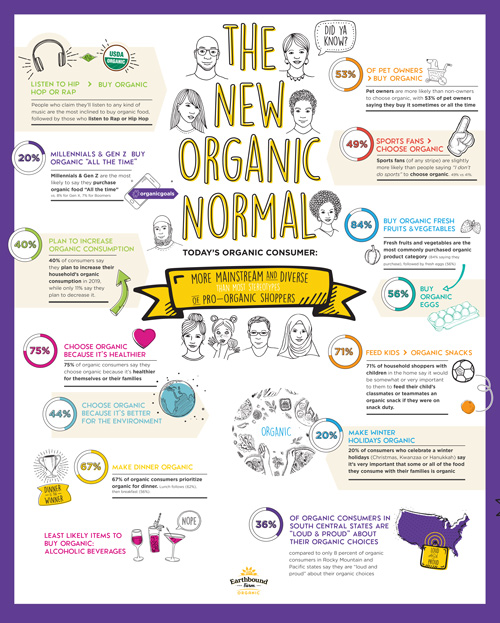 According to the survey, organic shoppers demonstrate a handful of commonalities:

Further, the company notes that there are a number of likes and dislikes that many in this diverse group share:

And, perhaps most importantly, the survey sheds light on why consumers opt for organic options:

Findings also show that organic shoppers are most likely to say they’ll listen to any kind of music, followed by rap or hip-hop. Pet owners are more likely than non-pet owners to choose organic. Forty-nine percent of organic consumers consider themselves a sports fan, and those surveyed said they choose organic for wintertime holidays the most and Labor Day and Memorial Day the least.

Earthbound Farm’s study went beyond demographics, too, to try to suss out info on what real people who buy organic are really like in their daily choices. The company sought to find out when consumers prioritize organic in their lives and when they don’t.

Meal occasions for organic show variance in prioritization. Seventy-one percent of household shoppers with children in the home say it would be somewhat or very important to them to feed their child’s classmates or teammates an organic snack if they were on snack duty. But, only 52 percent of house shoppers say it would be important to them to include organic food at a dinner party.

Additionally, the company noted in its press release, Earthbound Farm is partnering with nonprofit Big Green to financially support Learning Gardens in schools in an effort to build a healthier future for kids across America.

For more on Earthbound Farm, organic fruits and vegetables, and all manner of fresh produce news, keep reading AndNowUKnow.