Eleven Tons of Cocaine Seized in Boxes of Bananas

ANTIOQUIA, COLOMBIA – Roughly 14 tons of cocaine seized in Belgium and Holland have been confirmed to have originated in Colombia this month—11 tons alone from the region of Urabá Antioquia—hidden in boxes of bananas bound for Europe.

“The drug traffickers are opting to put drugs in banana boxes and containers,” said Luis Perez, Governor of Antioquia, in a report from local news source Caracol Radio. “In Belgium and Holland, [authorities] have detected 14 tons of cocaine that has arrived from containers from Columbia; of those, 11 tons have been dispatched from Turbo [a port town in Antioquia].” 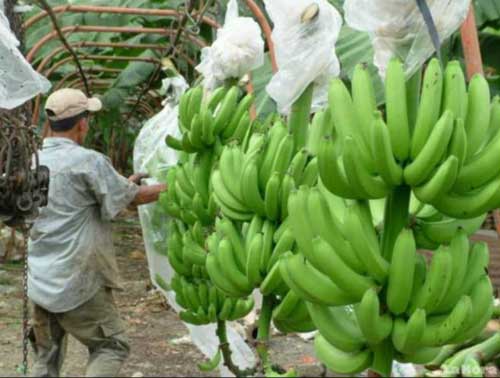 The report goes on to note that, despite the familiarity of local authorities with the practice, the region is experiencing an increase in cocaine smuggled among shipments of banana.

Anecdotally speaking, the practice appears to be fairly widespread. In the past year, AndNowUKnow has reported on cocaine seized in banana shipments in Spain, Germany, Ecuador, and Costa Rica.

Where will these nefarious types attempt to infiltrate our industry next? AndNowUKnow will keep you informed.