SAN ANTONIO, TX - On the heels of The Fresh Market revealing its intent to exit the Texas market, all eyes are now on one of the state’s biggest grocery retail chains, H-E-B. The company’s Houston Division President, Scott McClelland, says he’s already been getting questions about if he will seek to move the Central Market banner further into Houston. McClelland explained to The Houston Chronicle that, that while growth is on his mind, H-E-B will be avoiding those same pitfalls as The Fresh Market.

"I think if we did, we'd fall into the same problem that they had," McClelland told the news source. "If you put a lot of labor into a building that has high rent and you don't run a lot of volume, your bottom line isn't going to look very good."

As we’ve previously reported, The Fresh Market announced that it will close all of its Texas stores on May 18, just three years after launching in the area. The problem? Analysts suggest that the company likely did not expect its smaller-store format stores to have such fierce competition in Houston, where H-E-B, Kroger, and Wal-Mart control about 80 percent of the market, The Chronicle reports. 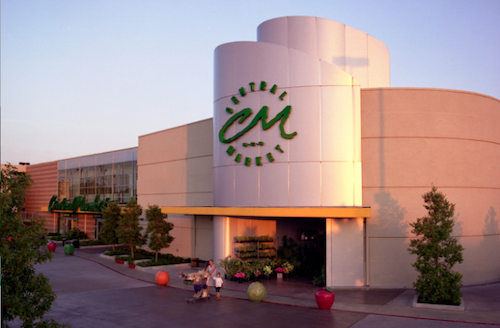 McClelland believes that Fresh Market failed to find a way to set itself apart from the noise, pricing its items higher than other retailers in the area. Houston and Phoenix, McClelland says, are the nation's two most competitive metro areas for retail grocers in terms of per-capita food space.

"So if you're going to succeed here, you've got to be good. And Fresh Market's issue was they weren't good. They didn't find how they could be different,” McClelland told the source, adding that the 15,000 to 20,000-square-feet stores vacated by The Fresh Market’s exit would be ideal for Aldi or Trader Joe’s to take over.

Despite the recent grocery failure, H-E-B has remained on a path towards growth. Driven by new customers and customers buying more items, McClelland said, H-E-B has 92 Houston-area stores, ten of which were opened just last year.

Even more new stores are already planned, as well. The Chronicle notes new stores in the following Houston areas are currently in the works:

McClelland also noted an announcement about a new Heights store will be coming, and that the company still has its eyes set on a shopping center near Greenbriar and the Southwest Freeway.

While H-E-B may not be going down The Fresh Market path, it doesn’t look like it plans to stop growing in Texas any time soon. Keep checking back with AndNowUKnow for the latest!