CINCINNATI, OH - Kroger has officially reached its 50th consecutive quarter of positive identical supermarket sales growth, with earnings up ten percent to $680 million from $619 million in the same period last year. This jump to $0.70 per diluted share from $0.62 per diluted share sent the company’s stock up to 93 cents, a 2.6 percent jump to $36.64.

"Fifty consecutive quarters of positive identical supermarket sales growth, excluding fuel, is extraordinary,” shared Chairman and CEO Rodney McMullen. “Our associates work tirelessly to produce these consistently remarkable results. We've been through all kinds of business cycles during the last 50 quarters, and we've demonstrated time and again that regardless of the environment, you can count on Kroger to continue executing our strategy, investing in growth and creating value for our customers and shareholders." 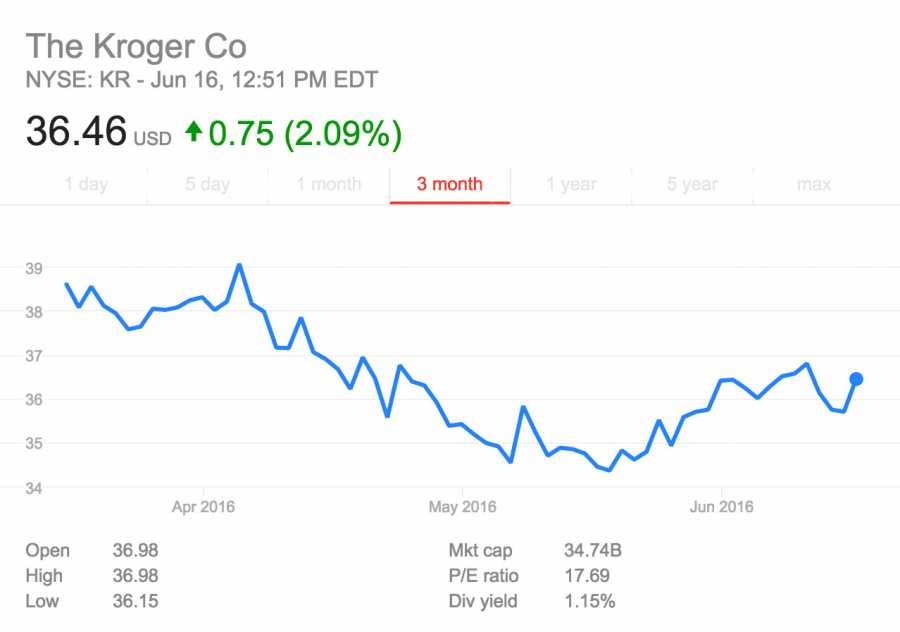 This 2.6 percent jump signals a bit of a turnaround for Kroger is recent months. Since the beginning of the year, pricing had fallen 15 percent, closing at $35.71 yesterday.

Other highlights from Kroger’s Q1 2016 financial report include:

As we previously reported, Kroger revealed in its Q4 2015 financial report that it upped its capital expenditure budget by 24 to 33 percent, aiming to hit between $4.1 billion and $4.4 billion, with McMullen later explaining that a critical part of his strategy for success is adding or expanding stores within the company's current 35-state footprint.

It looks as if Kroger’s pathway towards massive growth will not be hindered any time soon, so keep attune to the latest.