Kroger Stock Jumps Upon Rumors Ahold May Acquire the Chain

CINCINNATI, OH - New rumors that one of America’s biggest grocers may soon be acquired sent the internet and stock prices buzzing this week. According to the Cincinnati Business Courier, speculation that international retailer Ahold Delhaize may buy Kroger had the American chain's stock price raise as much as 4 percent on October 3. 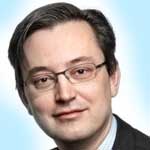 In what sounds like a web of hearsay, the source shared that Berstein supermarket analyst Bruno Monteyne wrote in a new report that, “Bloomberg reported that Twitter speculation referenced Ahold reportedly has hired advisers to look into a possible bid for Kroger at $32 a share.”

While Monteyne believes a deal between the two could likely be in the works, he wrote in his report that any deal between the two would have to be structured as a merger of two equal companies, and that the proposed $32 per share would more likely refer to what the combined companies’ valuation would be after a merger.

According to the Courier, Kroger shares rose nearly 4 percent in early afternoon yesterday. Stock prices rose as high as $20.73, up 77 cents, before closing the day up 60 cents, or 3 percent, to $20.56.

“The increased scale would make Ahold Delhaize-Kroger the leading U.S. grocer with buying power and distribution efficiency in line with Walmart but much stronger in ‘food experience’ and online,” Monteyne wrote, according to the source. “Ahold-Kroger…would be the leading player in this unconsolidated market and would have fantastic firepower to compete as the No. 1 player in the U.S. food and grocery market.” 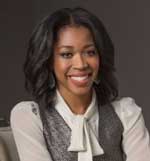 When the Courier reached out for comment, Kroger’s Head of Communications and Media Relations Kristal Howard said the company never comments on rumors or speculation.

If this deal were to ever come to fruition, it could feasibly create a company with $180 billion in U.S. sales, the source reported, putting it nearly as large as Walmart’s grocery operations. Monteyne wrote in his report that the merger could result in "$1.8 billion in synergies," but would likely have to divest 258 stores due to antitrust issues.

One caveat emerged with Monteyne’s theory, however. As Ahold and Delhaize themselves just merged last year, another deal may take some time to prepare for. He predicts any deal with Kroger coming in another two to three years.

Will these be the next major move in grocery retail? While its too early to tell, you better believe ANUK will be keeping a close eye on these two power players.