LOS ANGELES, CA – A coalition of environmental activists and food safety groups have filed suit against the U.S. Bureau of Land Management in an effort to halt a project that would pump up to 16.3 billion gallons of groundwater each year from beneath the Mojave Desert and divert that water to Southern California.

The lawsuit—filed by the Center for Biological Diversity, Earthjustice, and the Center for Food Safety—attempts to invalidate a recent decision by the U.S. Bureau of Land Management to forego a full environmental review before undertaking their pipeline project. 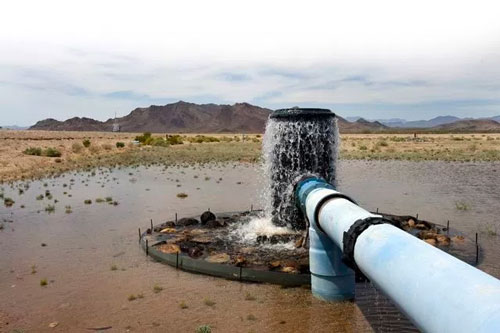 According to a report from the Los Angeles Business Journal, water resource company Cadiz Inc.’s planned 43-mile pipeline is intended to move water from its desert aquifer to the Colorado River Aqueduct and on to its partner water agencies in California. The project's detractors characterize the pipeline as potentially unsafe and environmentally damaging.

In a joint statement released by the litigants, Ileene Anderson, a senior scientist with the Center for Biological Diversity, described the project as “an unsustainable water-privatization scheme” 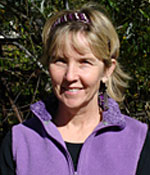 “Pumping ancient groundwater from the Mojave Desert to water suburban lawns in Orange County will devastate desert wildlife and the entire ecosystem relying on that water for survival,” Anderson noted.

Local news source the Desert Sun noted that California's State Lands Commission informed Cadiz earlier this year that a mile of its proposed 43-mile pipeline would pass through state-owned lands, and it would require a state lease and possibly a new environmental review. And the Metropolitan Water District of Southern California also raised concerns about water containing a variety of potentially dangerous contaminants chemicals such as arsenic, fluoride, chromium, nitrate and bromide, some of them at levels exceeding drinking water standards. 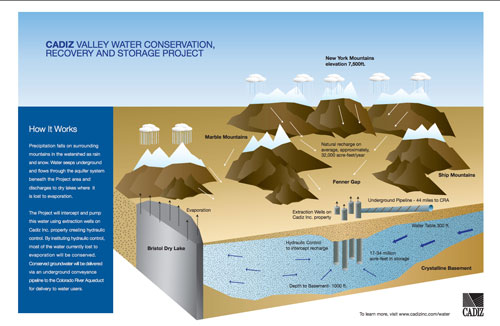 In its own statement, Cadiz, conversely, characterized the project as sustainable and environmentally friendly and called the lawsuit a “naked attempt to delay water and jobs for Southern California.”

“The Cadiz Water Project is a California environmentally-reviewed, approved and judicially-validated project that will safely and sustainably provide new water for 400,000 people and bring jobs and economic opportunity to local labor, veteran and disadvantaged communities without harm to the environment,” the company stated.