WEST SACRAMENTO, CA - With new stores, new programs, new executive hires, and more, it’s not difficult to make the case that Raley’s is positioning itself for a takeover in the increasingly crowded Northern California/Nevada marketplace.

Late last week, the retailer announced it will develop a new retail center in Truckee, CA, featuring a 35,000-square-foot store. Expected to open in mid-2018, according to the Sacramento Business Journal, the Truckee store joins new locations in Rancho Murieta, CA, Rancho Cordova, CA, and the Land Park and Fair Oaks neighborhoods of Sacramento, CA. And new stores, it seems, are just the tip of the iceberg.

During an interview by The Sacramento Bee late last year, Owner and CEO Michael Teel explained, “we’re well-positioned for the future. … We look forward to it. This is our home.” From just 2015 to now, the company has implemented the following new changes:

In that same Sacramento Bee interview, Teel noted that Raley’s has been focusing its efforts on making itself better equipped to compete in Northern California and Nevada, going up against area-competitors like Safeway, and discount grocers like Walmart Neighborhood Market. He cites better customer understanding, such as an increased focus on fresh and health as a key way to do that. 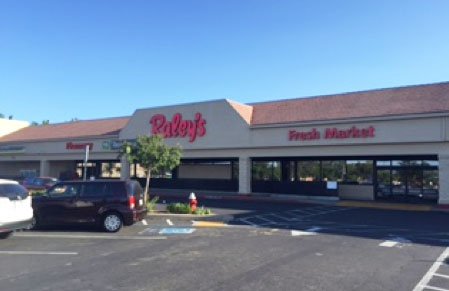 "It’s important to me," Teel continues. "I want to continue that legacy of giving, providing more-healthy foods to the community, sustainability, supporting the arts … I feel really good about the future and growth, and this community."

As Teel and the company continue to build new locations and zero in on what customers demand, AndNowUKnow will keep tracking its growth, so stay tuned!