ROSEMONT, IL - Looking for a fun, tasty, and insightful way to fill your Monday night? Look no further than the FYI network’s new show Stove Tots. This dynamic weekly program not only dives into the world of a cutthroat junior culinary competition, it also stars one of our produce-own, Reinhart Foodservice’s Corporate Chef, Paul Young. As Host and Head Judge, Paul engages these young culinarians as they prepare and compete in cook-offs across the U.S. 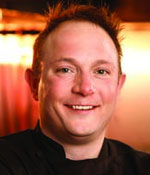 “The main goal and vision of Stove Tots is to show what these young chefs are capable of,” Paul tells me, adding that the kids competing range, for the most part, is between 10-14 years old. “I cannot stress the true talent that these young cooks have. I wish I had half their chops when I was 10 years old. They also get to cook with their parents—this is the true test on who really runs the kitchen in their house. Of course, I get to taste every dish—so there are worse jobs in the world!”

Each episode features a new group of culinary youngsters, along with their parents, as they prepare recipes and search for inspiration—all under the pressure of competition. These challenges will culminate on competition day, where three culinary chefs will go head-to-head in a two-round elimination tournament.

When I ask Paul how he came to the spotlight on Stove Tots, he shares that he entered a burger cooking challenge through Culinary Fight Club—a show that currently does live cooking competitions through 17 cities yearly. 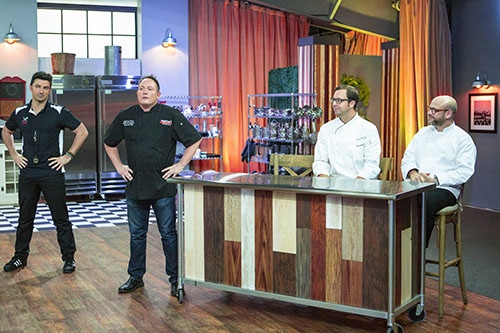 “I happened to win the cooking competition and ended up becoming friends with the Founder Jiwon McCartney. A few months after the competition, Jiwon called me up out of the blue asking if I wanted to shoot a pilot for a kid’s version of Culinary Fight Club,” Paul shares.

He jumped at the chance, and little did he know that after filming the pilot, the production company would then call him and ask if he wanted to be the Host and Head Judge. Of course he accepted, and then went on to film 13 episodes of Stove Tots.

“What is it about the show and the dynamics of the next generation chefs that most surprises me is the raw passion that these young chefs bring to the table,” Paul says. “Simply owning every dish that they make… good or bad. Not only that, but I am really surprised at the ‘touch’ that they have. Some of the dishes being created have had nuances that require that touch, as well as certain procedures that really surprised me and the other judges. I experience pure excitement when seeing this type of food being created at this stage in their young careers.” 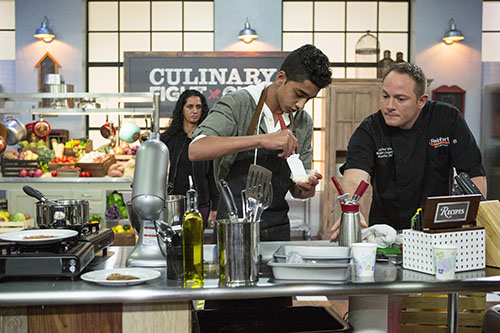 What Paul really loves about this concept is how the chefs are sent a “mystery box” with the ingredients that need to be used prior to the competition.

“The surprises and ‘drama’ that happen on the show are organic, and the fact that the parents get involved brings a wholesomeness to the show that you can’t get anywhere else,” he notes. “I am proud of every one of these chefs, they truly left it all on the table, and on their dishes.”

While Paul has funneled much of his passion into Stove Tots, Paul loves waking up to his current creative endeavor at Reinhart Foodservice even more. But his love for food started years and years ago. Born in the South Side of Chicago, Paul would go and work as a busboy on the weekends at a little restaurant down the block from his house where his mother worked, to make some extra money. 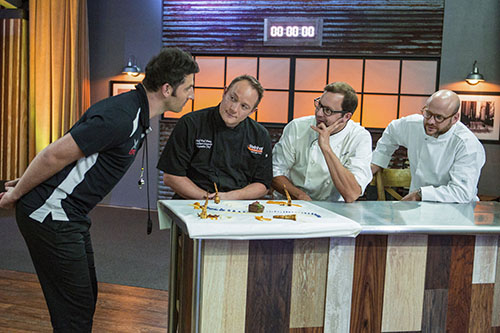 “I would see the chef running that kitchen like a pro and everyone was a little scared of him. I wanted to be him. I was hooked,” Paul laughs. “Fast forward a few years when I was 15, and I landed a job at a famous Italian restaurant in the suburbs, where we then lived. I was a mess, and had no idea what I was doing. The owner soon caught on, but instead of firing me, taught me how to do every little task to her liking and again I fell in love with the business.”

Paul continued cooking and serving in restaurants and finally ended up at Culinary School in 2002. He then went on to cook for the Levy Corporation and really cut his teeth as a Sous Chef at the then-famed Bistro 110 in downtown Chicago. After a few years there, he went on to be a chef at other restaurants and then got transferred to Milwaukee.

“After working there for three years, my Reinhart sales rep asked if I was looking for a job. The rest is history,” he smiles. “At Reinhart I have the opportunity to partner up with many different restaurants and concepts and really make a difference on their menus.” 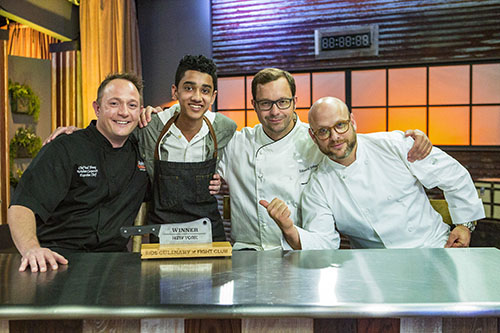 With Stove Tots just a handful of episodes in, you can still catch up on the competition on Monday nights at 11/10 Central—and see Paul in action as well.

"As the largest independently-owned foodservice distributor in the United States, Reinhart FoodService is proud to provide...