NOGALES, AZ – Nogales—one of the top ports of entry for fresh vegetables, with $2 billion worth of them having moved through the port in 2016—is currently working through a shortage of officers. According to Cronkite News, Nogales’s U.S. Customs and Border Protection (CBP) fleet is short up to 300 officers of the approved staffing levels, consequently resulting in long lines that negatively impose upon the region’s economy.

While CBP didn’t say just how many officers are currently working at the gateway for security reasons, they did acknowledge that the port is working through 90-day rotations that bring officers from other ports around the country to the Arizona location. Up to 175 officers have been relocated to the Nogales port for temporary duty, according to the National Treasury Employees Union; however, CBP is singing a different tune, reporting that only 35 officers have undergone temporary duty assignments at the location.

On the one hand, this is a solution to the current, imminent problem; on the other, this is only a temporary answer and requires long-term resolve.

“You pay or you pay,” said Erik Lee, Executive Director for North American Research Partnership, in the Cronkite News piece. According to Lee, there will be economic consequences for this lack of proper staffing—a result of the slowed traffic through the port.

What are the specific numbers on the port’s traffic that is in danger of being slowed? According to the Arizona-Mexico Commission, $8.3 billion in exports left Arizona for Mexico, and $7.4 billion in imports made their way from Mexico to Arizona in 2016 alone. Further, this economic activity creates 90,000 jobs in the Southwestern state.

“Customs’ functions are an integral part of the border community and border economy, and if you allow customs to languish, it hurts the… economy,” said Lance Jungmeyer, President of Fresh Produce Association of the Americas, according to Cronkite News, and he explains that anything that menaces the flow of goods at the port is harmful for the industry at large.

Travelers looking to traverse the border are also looking at lengthy delays and should be aware of the effects of this shortage in staffing has on their itineraries. The delays are resulting in travelers looking to other ports with shorter wait times, said Olivia Ainza-Kramer in the Cronkite News article, President and CEO of the Nogales-Santa Cruz Chamber of Commerce, and these redesigned traveling plans are now impacting the state as a whole.

While there is no definite answer to the current state of affairs at Nogales, National Treasury Employees Union President Anthony Reardon relayed that CBP’s protracted and complicated hiring process, strict polygraph testing, and extensive training times are all at play during his congressional testimony; this has resulted in 3,700 vacant positions for the agency, Reardon said, simply because of the 12 to 18 month hiring process. 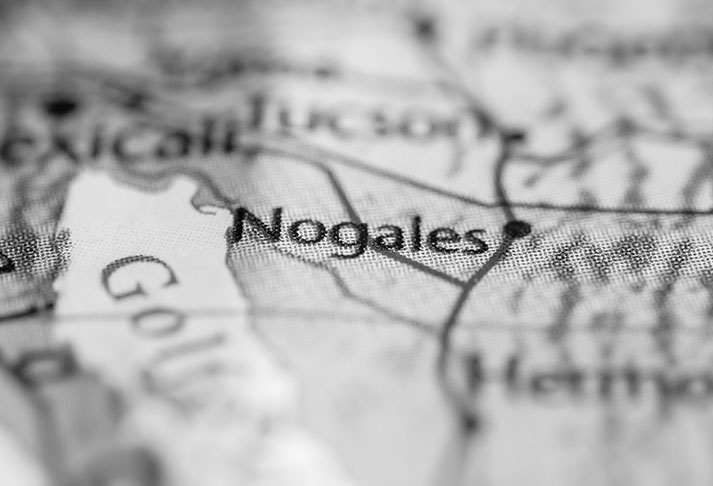 The Unified Cargo Processing program, which was created in 2016 and allows Mexican and American customs agents to work alongside each other to inspect shipments making their way into the other country, has sprung forth from this current staffing shortage situation, said Jungmeyer, proving CBP’s innovative prowess when pushed to find solutions; according to CBP, this newer program has reduced wait times at the location by almost three hours.

How will CBP come to a permanent solution for the current staffing shortage, and will our industry see a larger tug on other ports as Nogales’s pace slows? AndNowUKnow will continue to report.